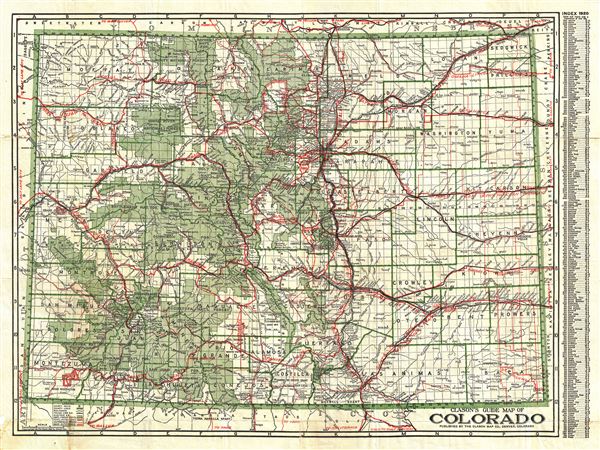 This is a beautiful 1920 map of Colorado by George Clason. The map covers the entire state in great detail, including the White River National Forest, Hayden National Forest, Colorado National Forest, among others. Throughout, the map notes railroads, roads, counties, towns, and other topographical features. An index of cities and towns is included along the right margin. This map was published by the Clason Map Company, Denver, Colorado.