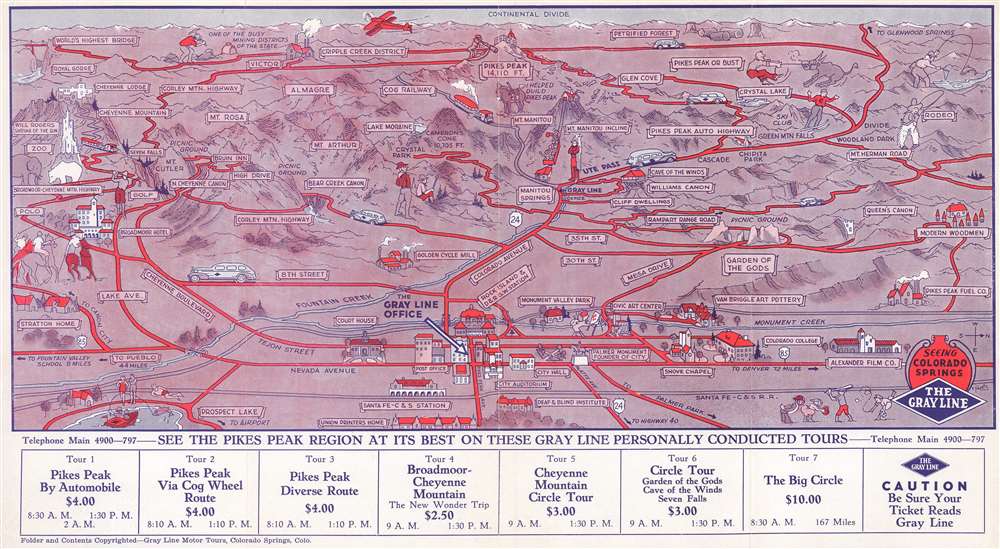 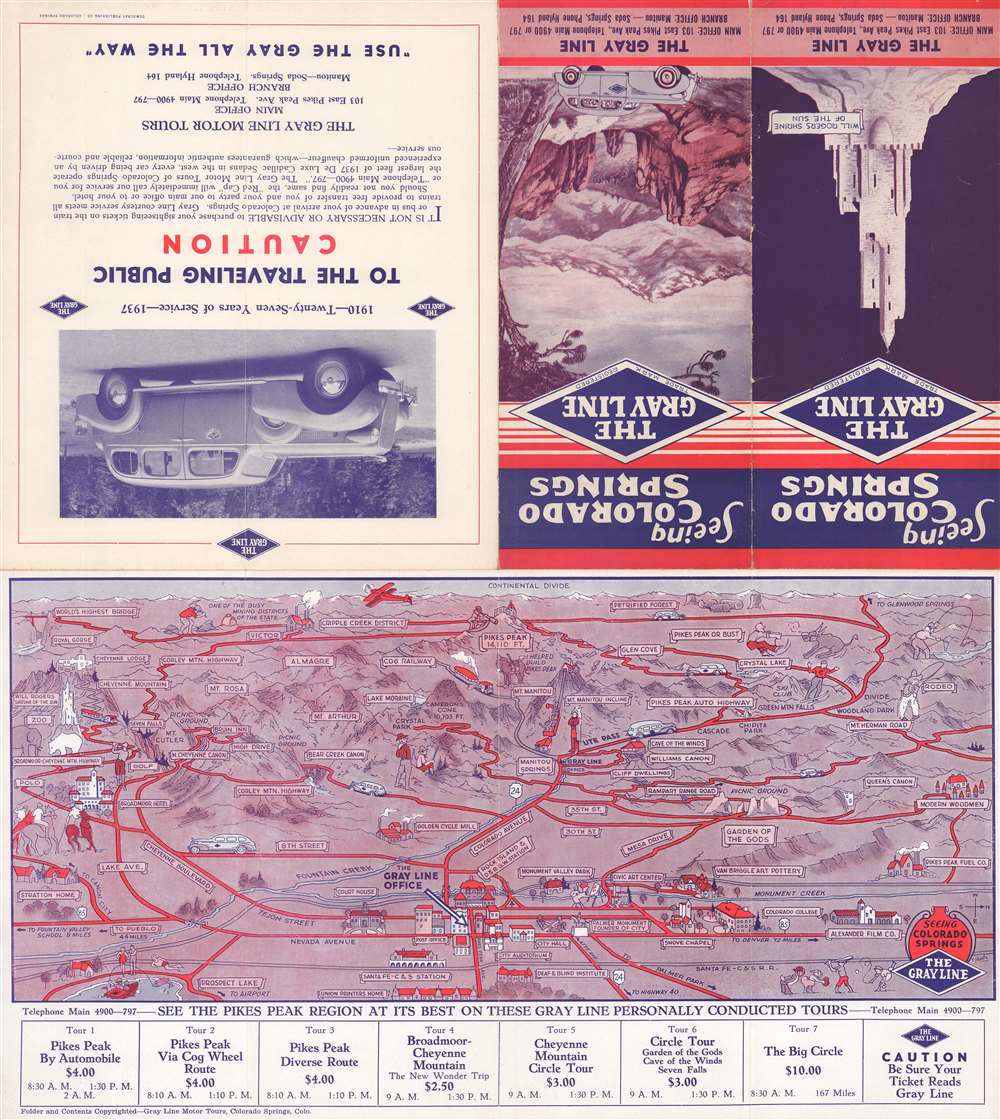 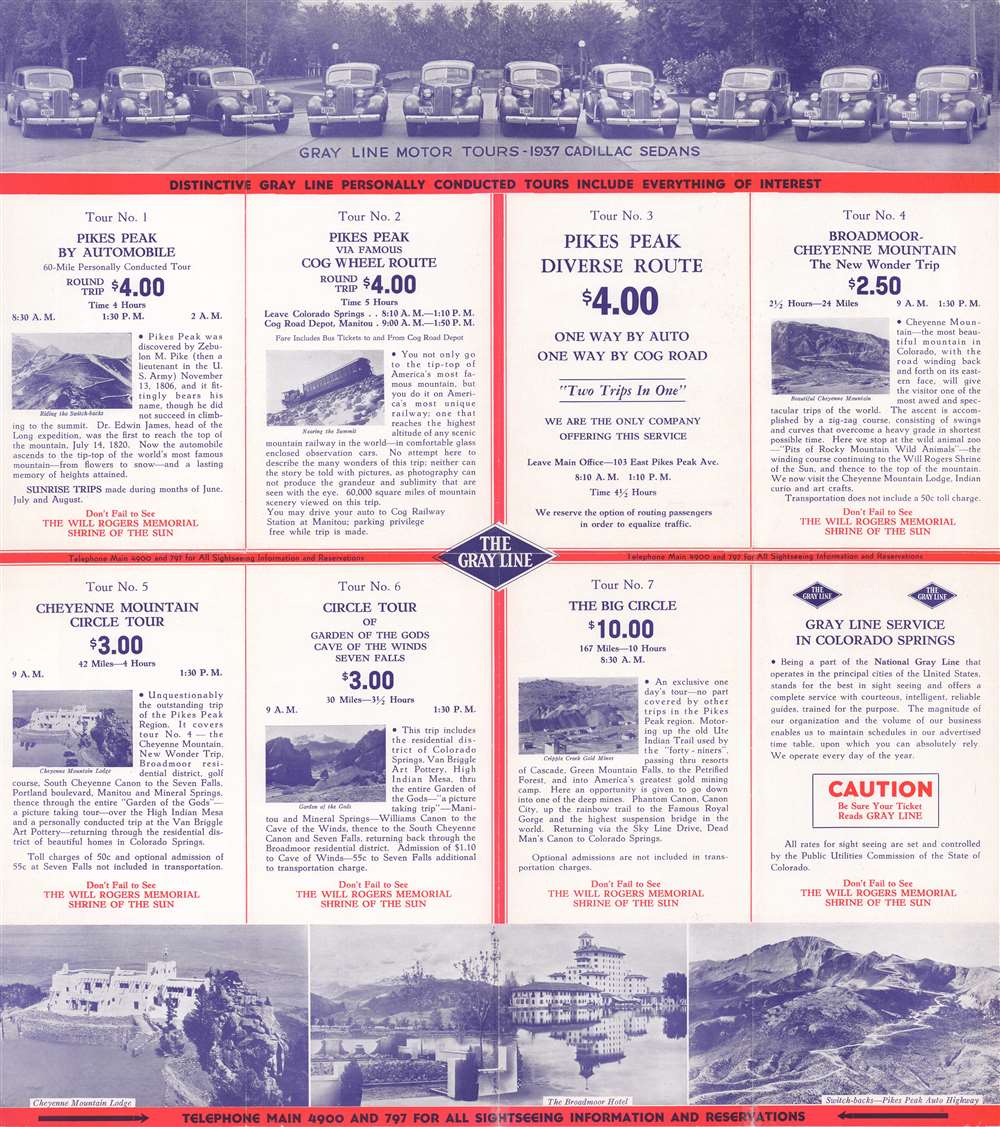 This is a 1937 Fred Shantz pictorial tourist map of Colorado Springs, Colorado, and vicinity. Overlooking the city from the east, Cheyenne Mountain is on the left, Pike's Peak is in the center, and Woodland Park and Divide are on the right. Manitou Springs appears just below Pike's Peak and slightly to the right. Popular tourist sites are illustrated, including the Cheyenne Mountain Zoo, the Will Rogers Shrine of the Sun, Pike's Peak and the Pike's Peak Cog Railway, the Broadmoor Hotel, and the Cave of the Winds. Cheyenne Cañon, Seven Falls, and the Garden of the Gods appear as well. Colorado Springs residents will appreciate that Van Briggle Art Pottery is also labeled! Major streets throughout, such as Nevada Avenue, Tejon Street, Lake Avenue, and Cheyenne Boulevard, are marked by red lines. Cripple Creek, Victor, and the Royal Gorge (billed as the 'world's highest bridge') appear along the top border. Text along the bottom promotes Gray Line tours, including Pike's Peak by car, one of which will get a traveler to the top before sunrise.

This map was drawn by Fred Shantz and published by Gray Line Motor Tours in 1937. We note five examples cataloged in OCLC which are part of the institutional collections at Yale University, Colorado College, the Pikes Peak Library District, the Denver Public Library, and the University of California Berkeley.