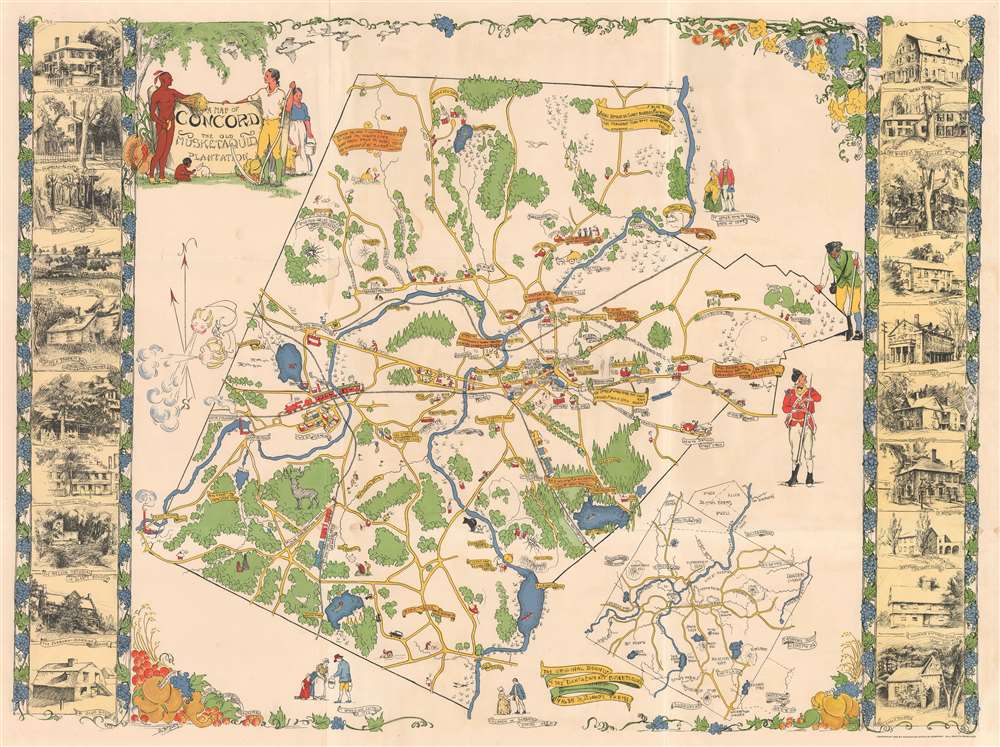 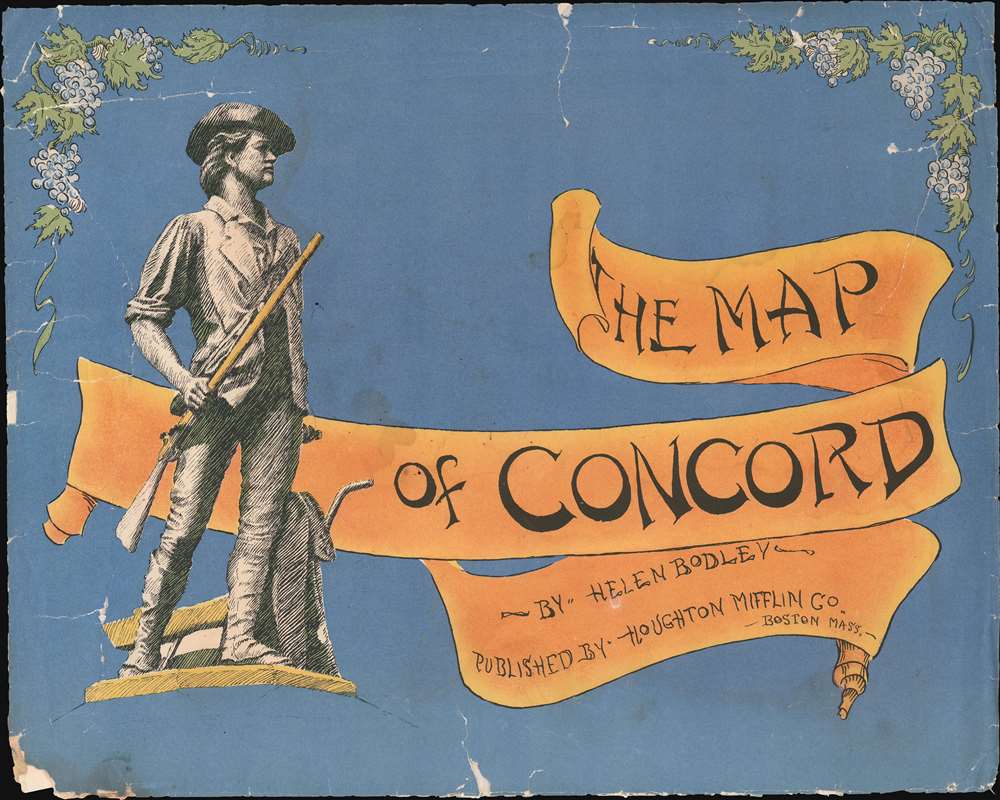 This is a 1928 Helen Bodley pictorial map of Concord, Massachusetts. Depicting the town of Concord and its environs, Bodley provides an intriguing blend of the historical and the modern. Numerous American Revolutionary War references appear. One near Peter's Field states that it is the 'Birthplace of American Liberty April 19, 1775.' Other illustrations mark where the colonials ate breakfast the morning of the Battle of Lexington and Concord, and a trail of footprints marks the Colonial Army's path to intercept the British soldiers at Merriam's Corner while on their way back to Boston. A minuteman and a British redcoat look at each other along the right side. Sites around Concord are identified as well, including the library, armory, the Concord Country Club. Branches of the New York, New Haven, and Hartford Railroad run through the area. Vignette views of historic houses and other important buildings create the left and right borders, yet another way Bodley brings the historical into the modern mindset.

The Musketaquid and the Beginning of Concord

By referencing the 'Old Musketaquid Plantation,' Bodley evokes the history of the area before the European settlers' arrival, when the native Musketaquid Indians fished, hunted, and lived on this land. Immigrants living in Cambridge were the first Europeans to seek this land, and 'bought' it from the Musketaquid in 1635. It is unclear if the Indians understood the implications of the document they signed, and alas, the original document has been lost to history. The settlers who first arrived suffered hardships, including harsh winters and food shortages. They were dependent upon trading with the Indians for quite some time. An inset in the lower right corner details boundaries of the original plantation.

This map was created by Helen Bodley and published by the Houghton Mifflin Company in 1928. Three examples are cataloged in OCLC and are part of the institutional collections at the Buffalo and Erie County Public Library, the University of Minnesota Minneapolis, and the University of Washington. We are also aware of examples that are part of the Norman B. Leventhal Map Center at the Boston Public Library and the David Rumsey Map Collection.

Helen Gertrude Bodley (November 15, 1906 - January 19, 1997) was an American artist. Born in Boston to English immigrant parents, Bodley attended the Museum School of Boston. She published a pictorial map of Concord, Massachusetts, in 1928. In the summer of 1936 she was commissioned to paint portraits of the children at the Nursery Training School of Boston as a fundraiser for the school. She died in Seattle, Washington, on January 19, 1997. Little else is known about her life or her artistic career. Learn More...