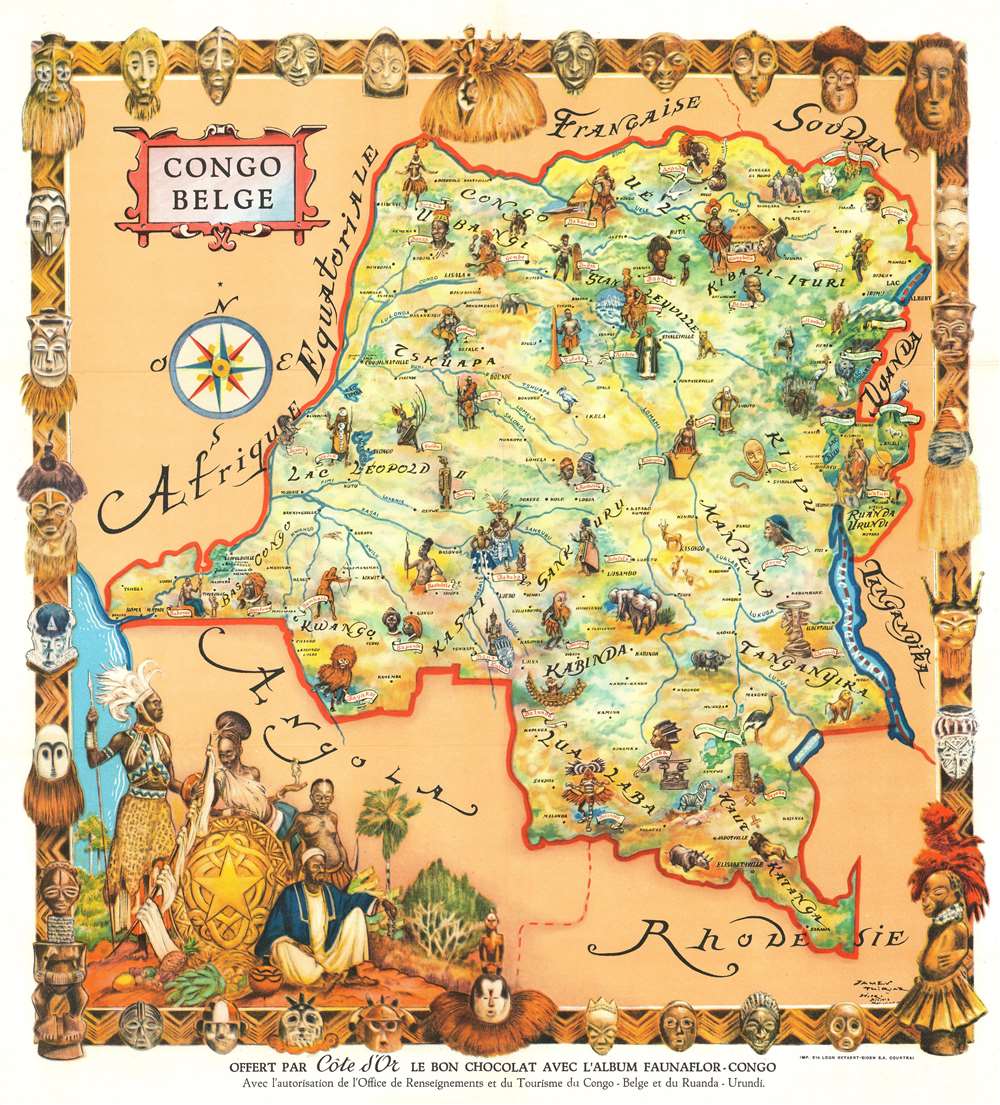 This is a c. 1951 James Thiriar pictorial map of the Belgian Congo. Thiriar utilizes the era's fascination with African exoticism to entice tourists. Tribal Africans are illustrated via stereotypical, portraits in the lower left. The map emphasizes the Belgian Congo's biodiversity, illustrating elephants, giraffes, lions, rhinoceros, ostrich, and baboons. Traditional African art and ceremonial objects, including masks and statuettes, adorn the border and complete the exotic feel.

Tourism in the Belgian Congo

If tourism statistics are to be believed, then Thiriar's work must have found a modicum of success. 11,437 people visited the Belgian Congo and Ruanda-Urundi in 1952 and spent around 600 million francs - an increase of some 100%!

This map was drawn by James Thiriar with some decorative work, likely the border, done by Pierre Magraf. At least two editions of the present map were published. The present version was published c. 1951 by the Côte d'Or chocolate company, of which an example is part of the David Rumsey Map Collection. A second, likely earlier edition was published by the Office of Tourism of Belgian Congo and Rwanda-Burundi. Examples are scarce to the market.