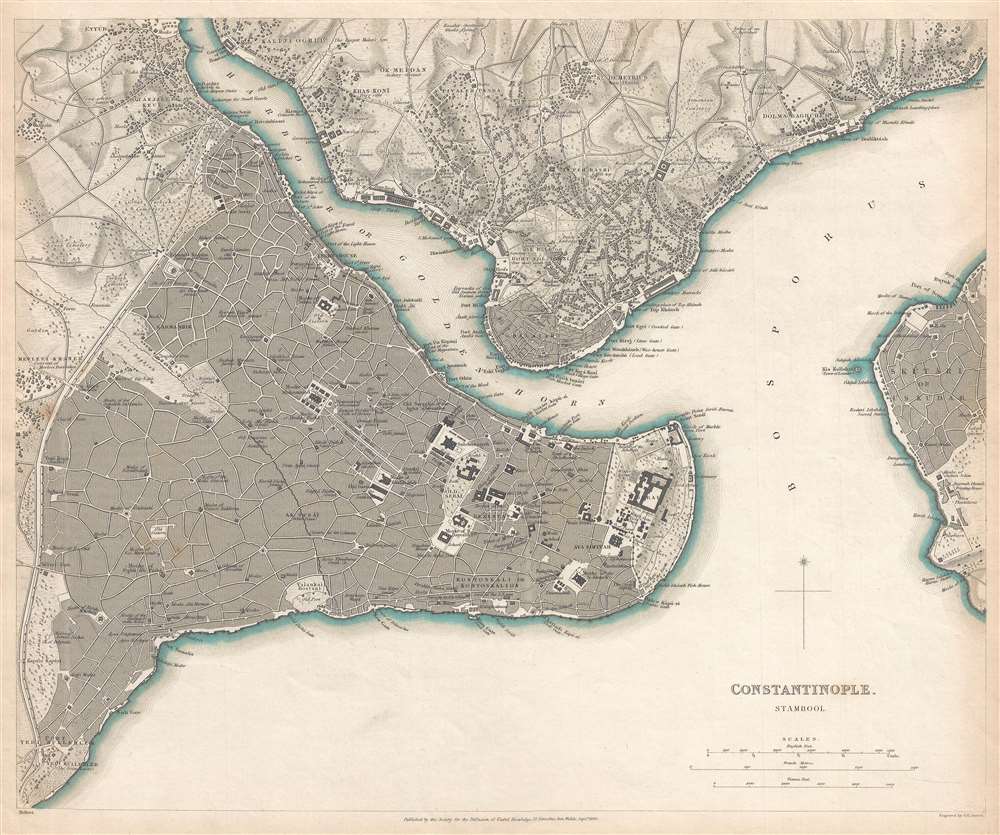 This map was created for and published by the Society for the Diffusion of Useful Knowledge and engraved by Benjamin Rees Davies in 1840.