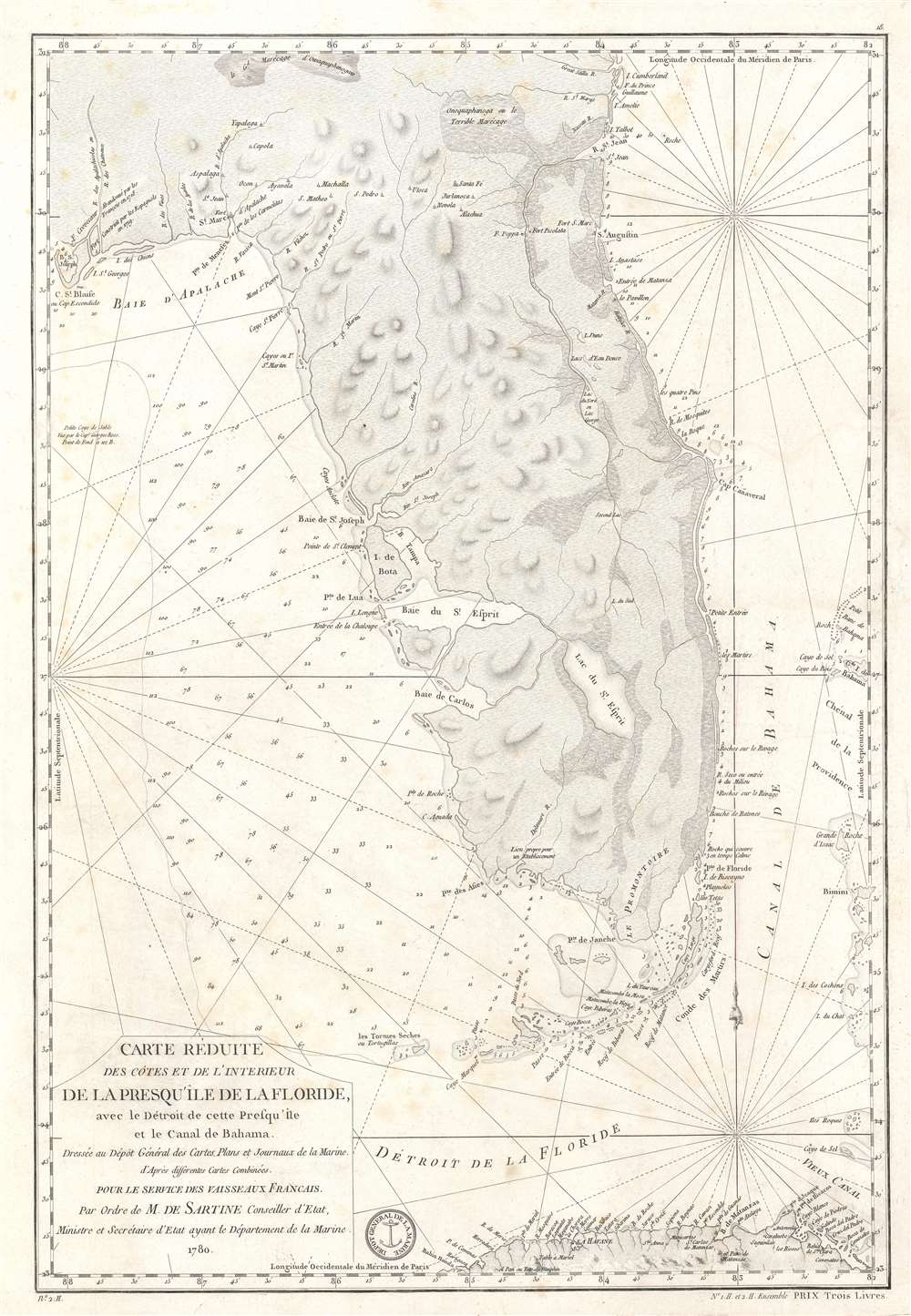 A French map of Florida created for the French Navy during the American Revolutionary War.
$2,750.00

This is a 1780 Antoine de Sartine map of Florida. The map depicts the region from Apalachee Bay to the Atlantic Ocean and from Cumberland Island to Havana, Cuba. Created for the French navy during the American Revolutionary War, a fairly high level of detail is present along the coastline. Depth soundings are indicated along the Atlantic coast and a decent distance from the Gulf coast of Florida. Cays, bays, capes, and rivers are labeled all along the coast, including the St. John's River, Tampa Bay, Cape Canaveral, and St. Joseph's Bay. Forts, European settlements, and Native American villages are also identified, such as St. Augustine. Many of the Florida Keys are labeled, including Dry Tortugas. Two notations north of Apalachee Bay comment on a fort that was built by the Spanish in 1719, and Fort Crevecoeur, which was apparently abandoned by the French in 1718. Three compass roses and rhumb lines are illustrated.

This map was created by Antoine de Sartine and published by the French Dépôt des Cartes et Plans de la Marine in 1780.