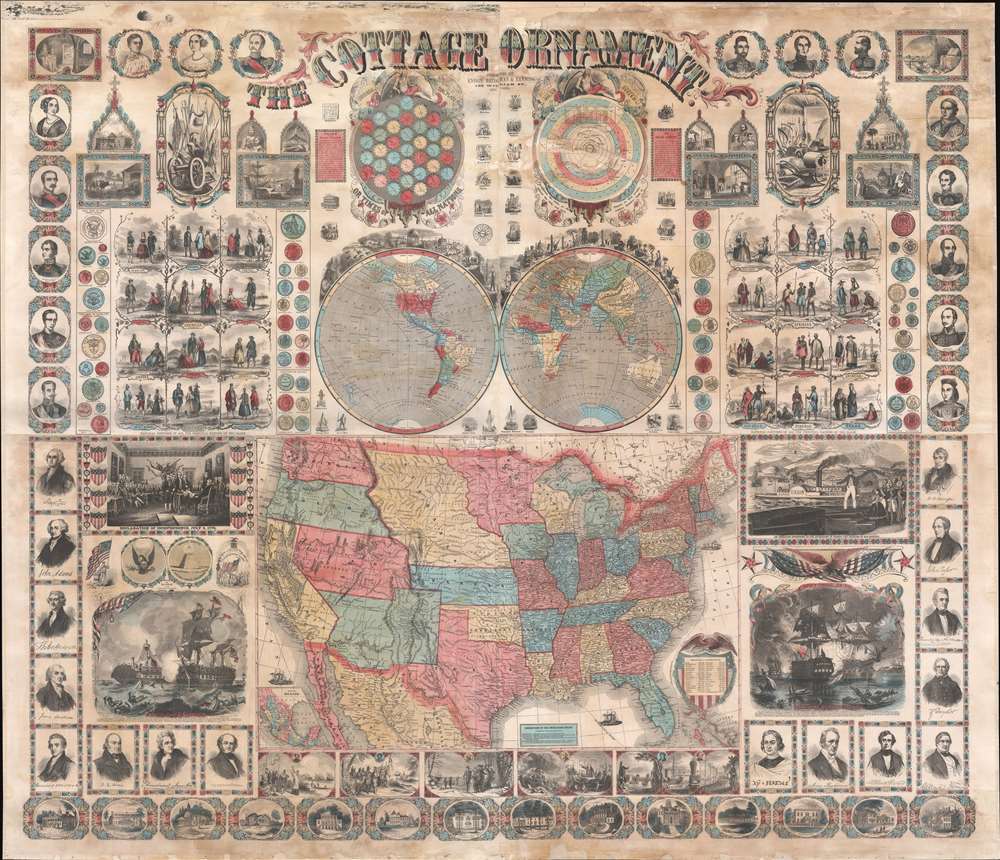 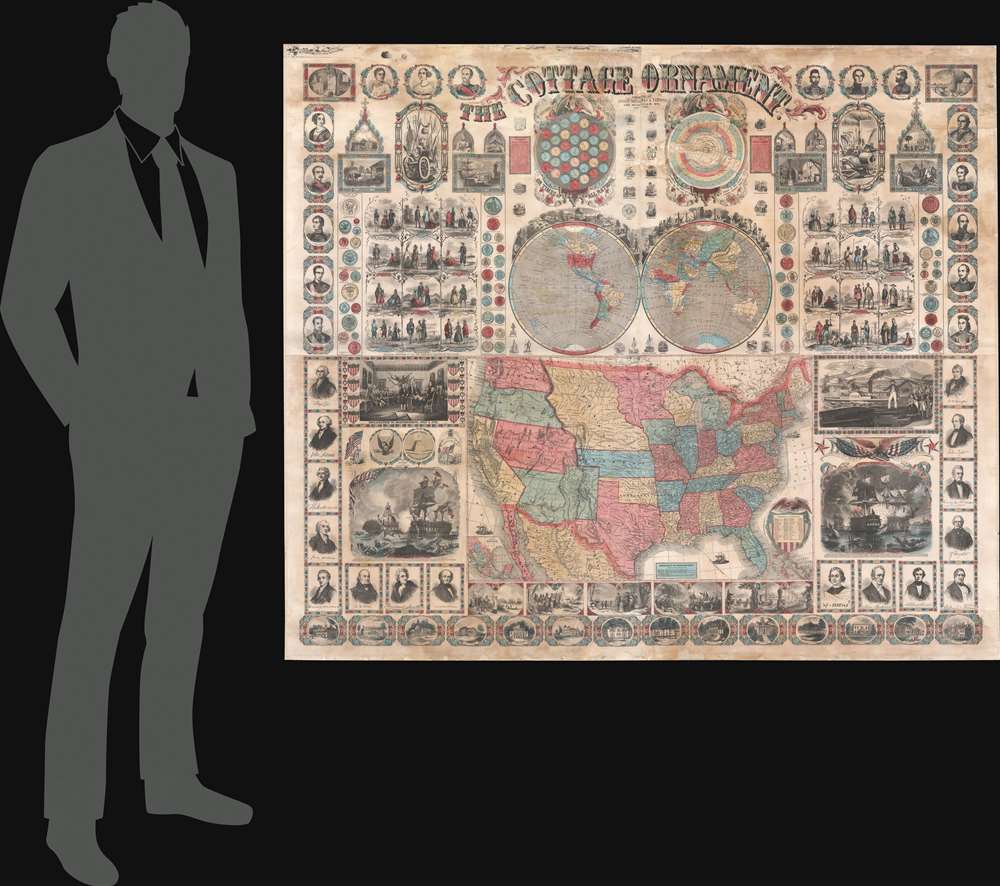 Pedagogical tool - The Empire of Things.

An impressive pedagogical tool, this is Ensign, Bridgman and Fanning's 1857 wall map of the United States with a densely informative surround. The complex and dense wall map was designed to address pedagogical issues of the mid-19th century, when the westward expansion and homesteading led to increased rural populations without access to educational infrastructure. It is intended to be a textbook at-a-glance, able teach American history, science, and geography, as well as inspire patriotic optimism. The overall organization and pictorial richness mean the reader need not even be literate to absorb the map's messages.

A large map of the United States occupies roughly 1/4th of the sheet. It depicts the United States in the heady years of expansion between the Mexican-American War (1846 - 1848) and the American Civil War (1861 - 1865). Nebraska Territory reaches from Kansas to the Canadian border. Washington and Oregon stretch from the Pacific to the Rocky Mountains. Utah likewise reaches from Pyramid Lake to the Rockys. Kansas stretches westward into modern day Colorado, roughly reaching Pikes Peak and South Park. New Mexico Territory reaches from Texas to California and the Colorado River.

In addition to cartographic content, the map features an expansive pedagogical surround incorporating illustrations of the Solar System, Time Zones, American Presidents (and their luxurious estates), national costumes, technological innovations (the compass, electricity, the guillotine, chain shot, and more), natural and architectural wonders, examples of U.S. and foreign coinage, world leaders, and so much more. American patriotism is part of the map's message, with illustrations of the flag and national shields omnipresent, and images celebrating American military, naval, diplomatic, and innovative victories. Other vignettes trace the course of American history and invention from the Arrival of Columbus to the advent of the railroad age. In The Social Life of Maps in America, 1750-1860, Martin Brückner describes it thus,

The Cottage Ornament ceases to be a map in the conventional sense; instead of posing as a medium whose message is the distribution of cartographic information, it resembles an exhibition poster or a storyboard akin to the didactic charts used by eighteenth-century street criers hawking their wars or nineteenth-century educators teaching lessons by pointing at pictures.

This new, large, and splendid sheet, in map form, is not ready, and is certainly the most attractive chart ever offered to the public. … It is well calculated to ornament every home in city and country, and will be found especially attractive to the family circle of 'little ones,' who will find on it a vast amount of instruction and amusement, by a study of the various objects delineated. Far more is comprehended on this one sheet than was every before given up the same number of square inches … Every home in each town and country of every State in the Union, ought to be supplied at once.

This map was compiled and published by the sort-lived partnership of Ensign, Bridgman, and Fanning. The firm, in its multitude of integrations, had the novel approach of engraving visual elements separately, then compiling the plates as a single map - thus allowing individual elements to be reused modularly on various maps. Such is much in evidence here, and while there is certainly plenty of fresh engraving, it also presents an amalgam of imagery drawn from earlier maps associated with Ensign, Thayer, Bridgman, and Fanning. We are aware of only one edition, which is undated, but advertisements for the map appear as early as 1857. The map proved popular, but given its distribution to far-flung rural communities, and schoolroom use it has a very low survival rate. Nonetheless, we recognize examples in a handful of institutions, but the map remains rare on the market.