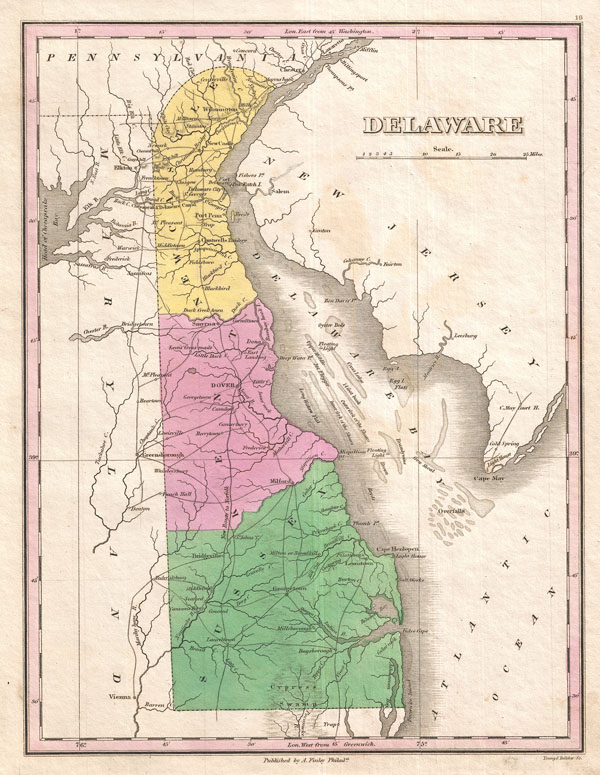 Remarkable detail of the Delaware Bay.

A beautiful example of Finley's important 1827 map of Delaware. This rare map plate configuration depicts the state individually rather than bundled with Maryland - as is more common. Depicts the state with moderate detail in Finley's classic minimalist style. Shows river ways, roads, canals, and some topographical features. Color coding at the county level. Offers wonderful detail in the Delaware Bay regarding shoals, sand bars, and other undersea dangers. Title and scale in upper right quadrant. Engraved by Young and Delleker for the 1827 edition of Anthony Finley's General Atlas.