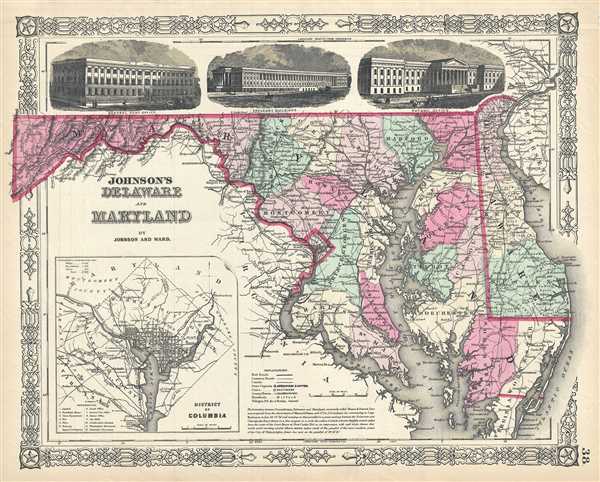 The most decorative editions of Johnson's Maryland-Delaware series.
$150.00