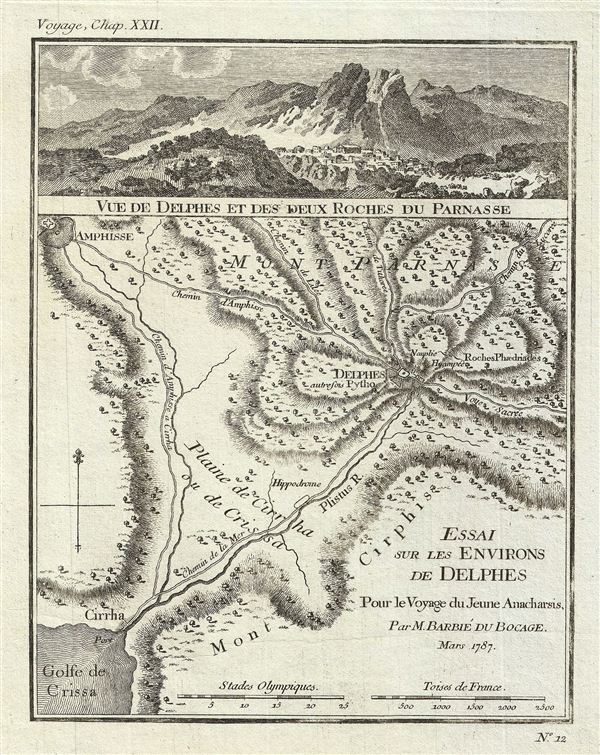 Home to the Great Oracle of Delphi, considered by ancient Greeks to be the center of the world.
$175.00

This is a fascinating 1787 map or plan of Delphi and its vicinity in Ancient Greece. The map covers the region from the Crissean Gulf to Amfissa. The top portion of the map contains a view of Delphi and the Rocks of Parnassus. Parnassus, in Greek mythology is a sacred to Apollo and also the home of the winged horse Pegasus. Delphi, the seat of the Oracle Pythia was considered to the center of the earth by the Greeks. It was also home to the Pythian Games, a forerunner of the modern Olympics. Prepared by M. Barbie de Bocage in 1787 to illustrate the Travels of Anacharsis.