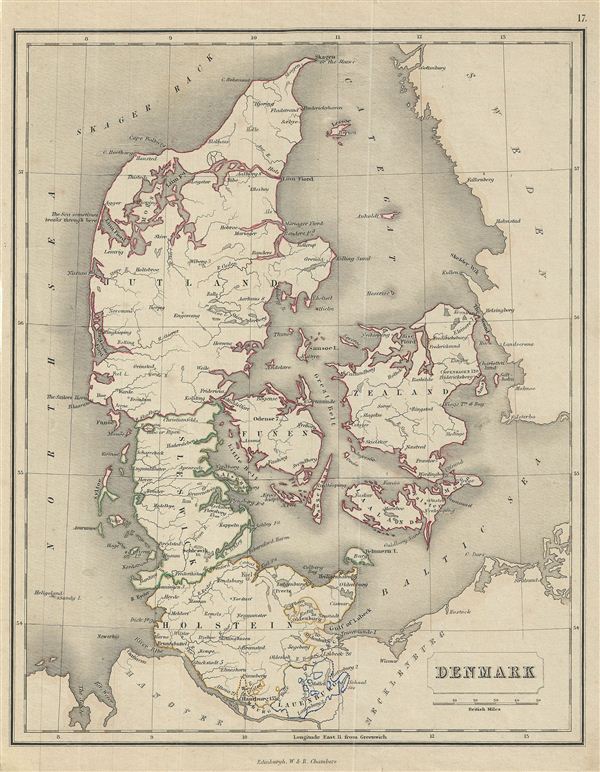 This is a fine example of the 1845 Chambers map of Denmark. The map covers all of Denmark inclusive of the Duchy of Holstein. The Kattegat (Cattegat) is also identified. At this time in history, Scandinavia was in the midst of a prolonged period of peace and prosperity that led to a cultural and population boom. Divided and color coded according to regions and territories, the map identifies various cities, towns, islands, rivers, and an assortment of additional topographical details. This map was drawn and engraved by J. Gellatly.