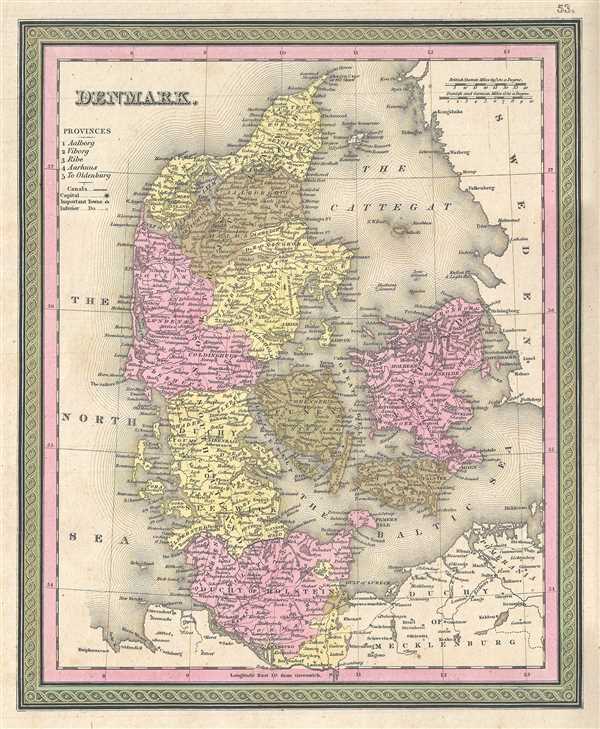 Denmark including the Duchy of Holstein.

This is a nice 1849 map of Denmark by Samuel Augustus Mitchell. Covers all of Denmark inclusive of the Duchy of Holstein. A list along the upper left border notes Denmark's five Provinces: Aalborg, Viborg, Ribe, Aarhuus, and To Oldenburg. Political and topographical features are noted and color coded with elevation rendered by hachure.