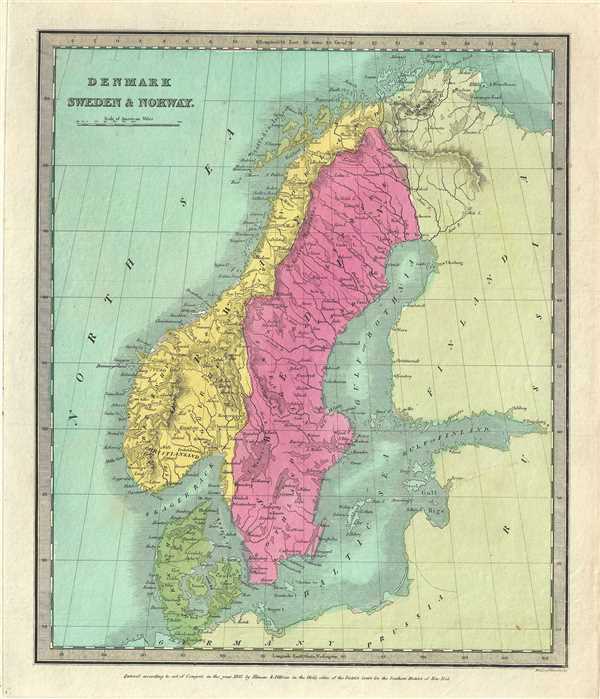 This is an impressive 1833 first edition map of Scandinavia by David H. Burr. The map covers Denmark, Norway and Sweden in detail and identifies various cities, towns, rivers, mountain passes and an assortment of additional topographical details.