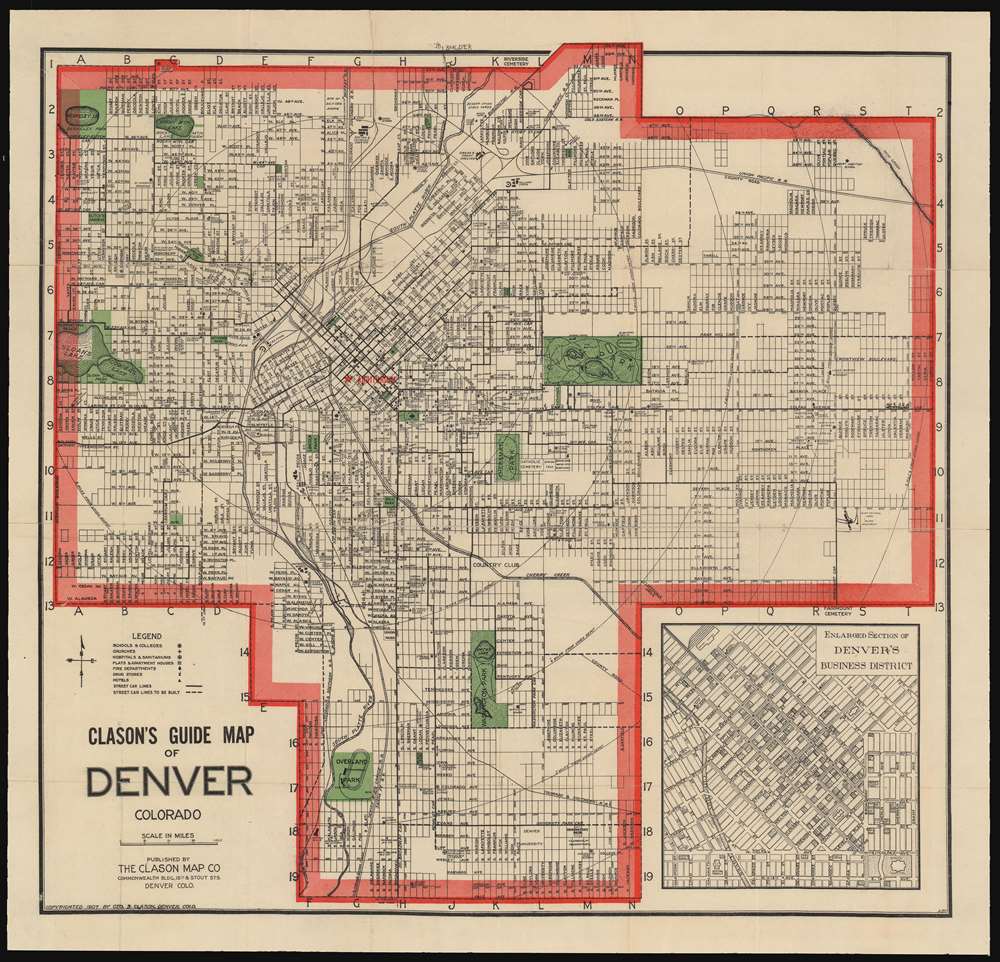 An attractive example of George Clason's 1907 guidebook and map of Denver, Colorado. This map covers the growing city from Berkley Lake to Yale Avenue and from Sloans Lake to Yosemite Street. Though the map has not expanded yet to include Aurora (as it would be in later editions) the municipality is marked in manuscript along Colfax Avenue between Ulster and Wabash streets. An inset in the lower right quadrant details the Denver Business District.

The map, in conjunction with the included Clason's 1907 Guide to Denver, was clearly intended to encourage resettlement to a vigorous, inviting city. The map shows the locations of important buildings - not only municipal structures and hospitals and fire stations and the like, but apartment buildings, hotels and even drug stores. The guide glosses quickly over city history, lingering instead on the topics of ‘Denver as a Business Center,’ ‘Denver as a Residence City’ and a description of the city’s ‘Parks.’ The map, too, emphasizes the park system: indeed, more than twenty are identified and highlighted in green.

Clason’s guide maps appeared in multiple editions, and are found for the most part in 1920s issues. While there is little definitive data available, this is the earliest edition of this map that we have identified either in the trade or in library collections. It is the earliest to be listed in OCLC.