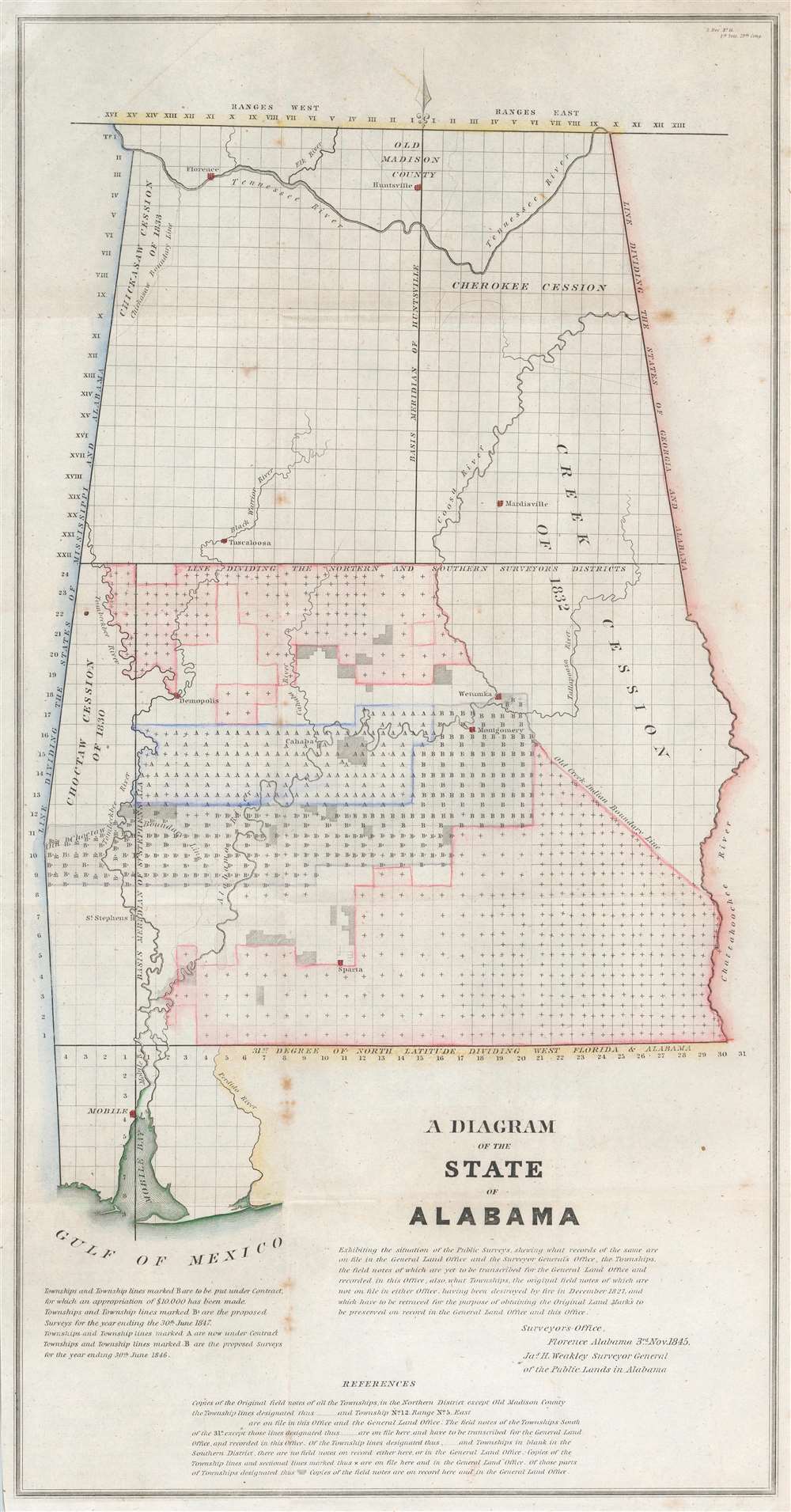 This is an 1841 James Weakley General Land Office map of Alabama, representing the work of the Alabama Land Survey as of November 1845. The state is divided into townships, many of which in southern Alabama were already sold or under contract. Various rivers and cities are also identified, including Florence, Huntsville, Sparta, and Wetumka, among others.

American Indian Cessions and the Trail of Tears

Following shortly on the events associated with the Trail of Tears and the Indian Removal Act in the late 1830s, this map identifies the seized American Indian lands, referring to them as the Cherokee Cession, the Choctaw Cession of 1830, the Chickasaw Cession of 1833, and the Creek Cession of 1832. Between 1830 and 1850, approximately 60,000 Native Americans were forcibly removed from their land in the American Southeast and relocated to Indian Territory (modern-day Oklahoma).

James Harvey Weakley (March 24, 1798 - September 3, 1856) was an American engineer and surveyor. Born in Halifax County, Virginia, Weakley grew up in Tennessee and attended Cumberland University. He joined the surveyor-general's office in Alabama in 1817 as the chief clerk. He held that position until General John Coffee died in 1833. After General Coffee's death, Andrew Jackson appointed Weakley Surveyor of Public Lands of Alabama. Weakley served as Surveyor of Public Lands until 1851 when Congress abolished the position. Then he worked in the cotton commission business until his death in 1856. He married Ellen M. Donegan (1804 - 1883), a native of Cork, Ireland, on August 26, 1830. After Weakley's death, Ellen moved to Nashville where she spent the rest of her life at the Convent Academy of St. Cecilia. Learn More...