1850 Tallis Map of East Canada or Quebec and New Brunswick 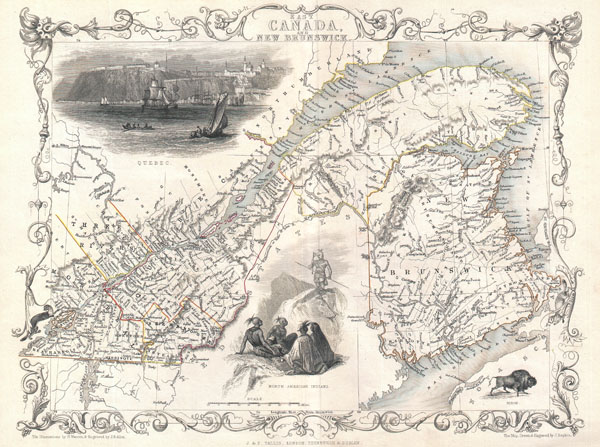 1850 Tallis Map of East Canada or Quebec and New Brunswick

This is John Tallis' extremely attractive c. 1850 map of East Canada or what is now Quebec and New Brunswick. Includes Montreal, Quebec City, and the St. Lawrence River valley. Features five stunning vignettes which include American Indian warriors and a spectacular view of Quebec City. The whole is surrounded by a decorative vine motif border. The vignettes for this map were drawn by H. Warren and engraved by J. B. Allen. The map itself is the work of John Rapkin. Issued for inclusion in John Tallis' 1851 Illustrated Atlas…