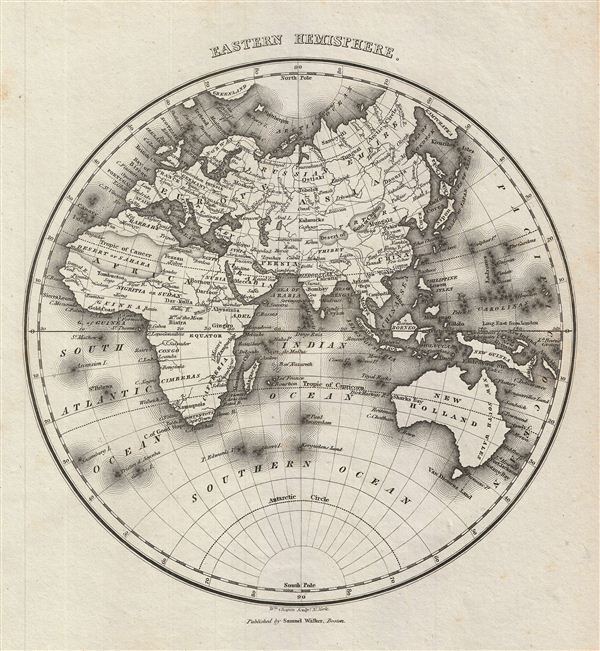 Identifies the 'Sea of Korea'.

This is an attractive example of the 1828 Malte-Brun map of the eastern Hemisphere. It covers europe, Asia, Australia, Africa and the east Indies. Although 'New Holland' officially changed its name to Australia in 1824, it is here referred to by its older Dutch name. The interiors of Africa and Asia here follow archaic geographical conventions - giving evidnece to the general lack of knowledge about these regions in the early 19th century. The interior of Australia is entirely unexplored. The sea between Asia and Japan, whose name is a matter of political debate (either the 'Sea of Korea,' 'Sea of Japan') is here settled in favor of Korea. Various, important rivers, islands, cities and other topographical details are noted. This map was published by Samuel Walker in 1828 as part of the American edition of Conrad Malte-Brun's System of Geography, Vol. I.