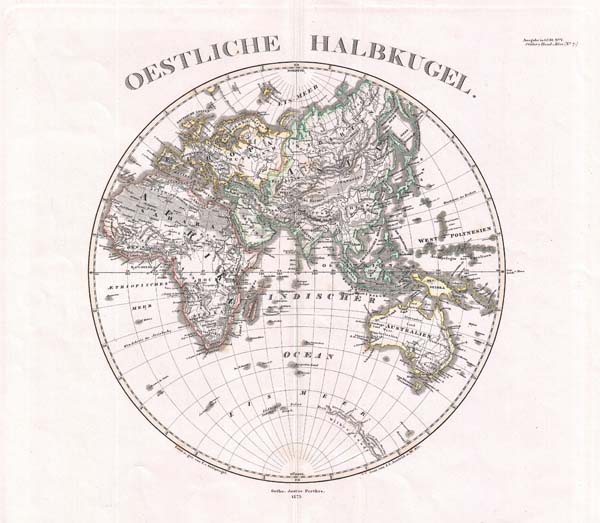 This is a beautiful example of Stieler's 1873 map of the Eastern Hemisphere. Includes the entirety of Asia, Europe and Africa as well as Australia and much of the Pacific. Also includes those parts of Antarctica, including 'Wilkes' Land?,' that had been positively identified at the time. Rich in detail, as was typical of German, and especially Perthes/Stieler maps of this period. Published by the Justus Perthes firm and engraved by Johann Carl Ausfeld as plate no. 7 for issue in the 1873 edition of Stieler's Hand-Atlas.