1844 Black Map of the East Indies and South East Asia 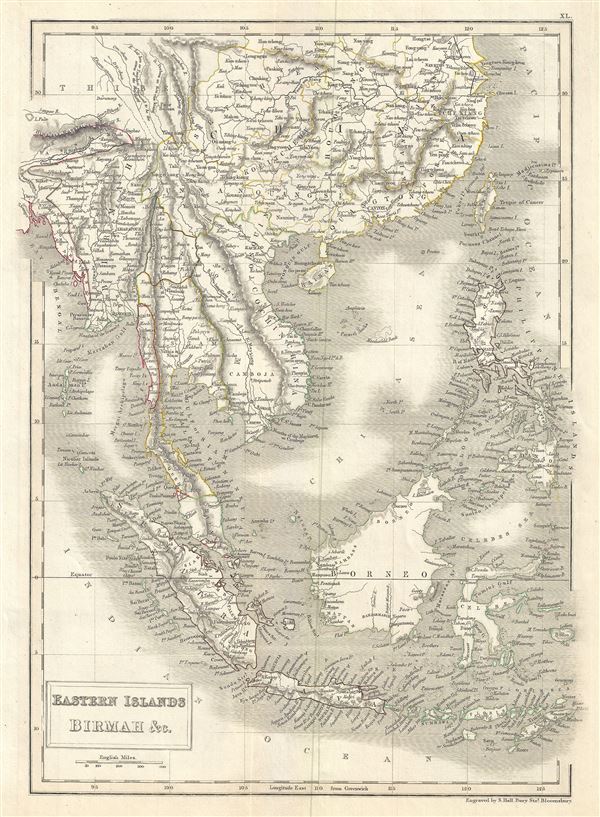 1844 Black Map of the East Indies and South East Asia

This is a fine example of Adam and Charles Black's 1844 map of the East Indies, Southeast Asia, and the Philippines. Includes modern day nations of Singapore, Myanmar (Burma), Laos, Vietnam, Cambodia, Thailand, Malaysia, Indonesia, the Philippines and parts of China. Various cities, towns, rivers, mountains, islands and several other topographical details are noted with relief shown by hachure. During this time in history, Burma was under British rule, while much of modern day Indonesia including Sumatra and parts of Borneo were part of the Dutch colony of the Dutch East Indies. The French dominated Indochina, including Cambodia and Vietnam and most of the modern day Philippines were a Spanish territory called Spanish East Indies. Only Thailand (Siam) and China retained national sovereignty. This map was engraved by Sidney Hall and issued as plate no. XL in the 1844 edition of Black's General Atlas.