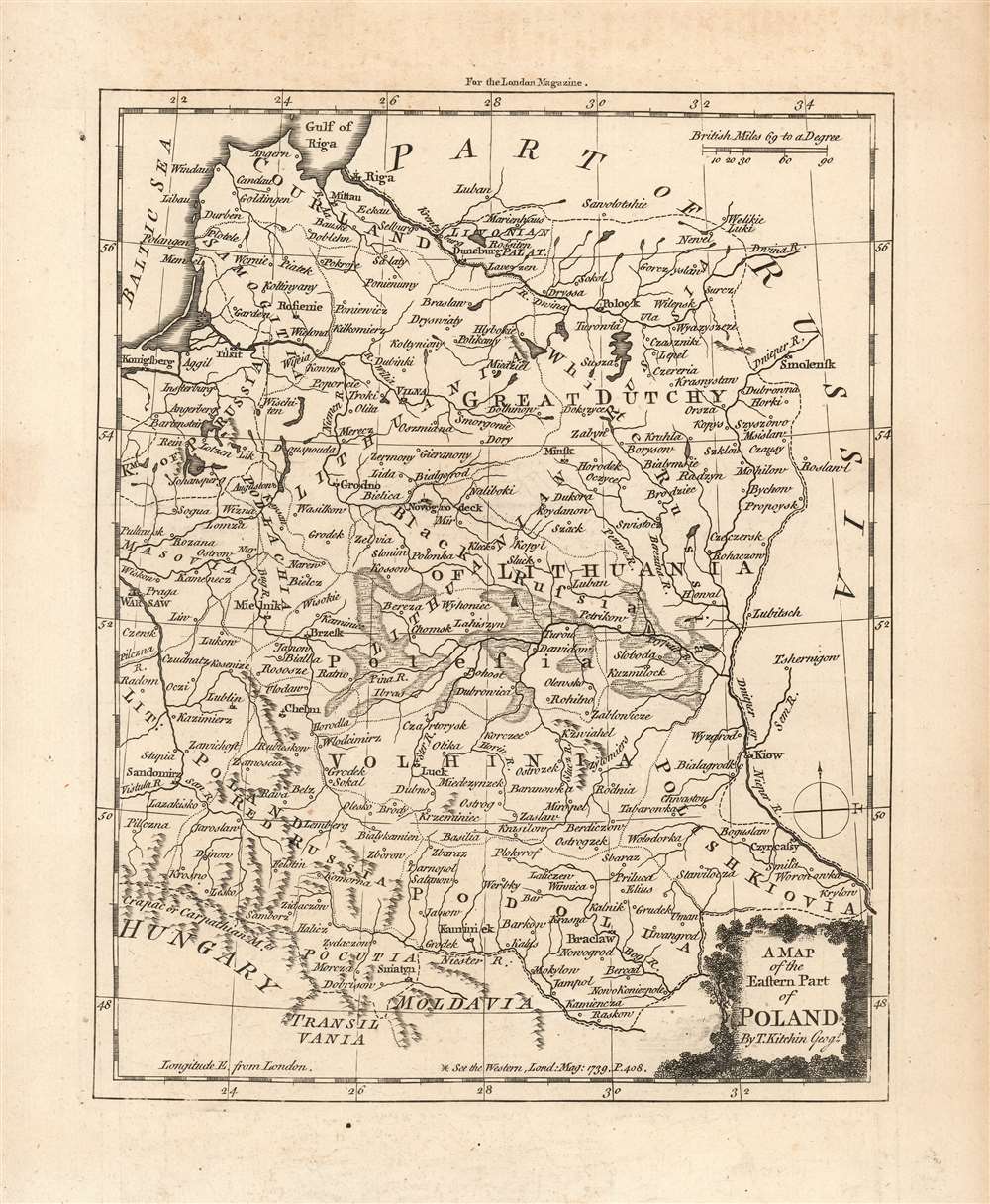 Eastern Polish-Lithuanian Commonwealth Prior to Partition.
$400.00

This is an attractive and scarce 1764 map of the eastern half of the Polish-Lithuanian Commonwealth, by the British cartographer Thomas Kitchin. It spans from Warsaw in the west to the Dnieper River, including Kiev, in the east; and from the Gulf of Riga in the north to Hungary, Transylvania and Moldavia in the south. Important towns, rivers, roads, cities and some topographic features are noted, with mountains rendered in profile and forests shown pictorially. The swampy areas of Polesia along the Pripyat River are shown in hachure.

Trouble On the Wind

The map's appearance in the June issue of the London Magazine was explained in the text:

'As Poland is like to produce events which will interest, some how or other, the greatest part of Europe, we think our readers will be pleased with the annexed accurate and beautiful Map of the Eastern part of that kingdom. In our volume for 1759. p.403, they have been already presented with a Map of the western part of Poland, and a large account of the constitution and government thereof, in our vol. for 1763...'

The King and Grand Duke, Augustus III, had died in October 1763; his eldest surviving son Frederick Christian of Saxony died two and a half months later and the succession was far from clear. (The Russia-supported Stanisław August Poniatowski would not be elected King and Grand Duke until September 1764.) Kitchin, in the engraved map, included a reference to his 1759 map but with a baffling error, dating the map 1739.

This map was prepared by Thomas Kitchin for inclusion in the June 1764 issue of London Magazine. While the publication is generally well-represented in institutional collections, the collected 1764 volume is not catalogued in OCLC; likewise this separate map is not catalogued in institutional collections. Moreover, the map seems to have been overlooked by the great Poland collector Halina Malinowski as it does not appear in the Map Collectors' Circle volumes cataloguing that collection.