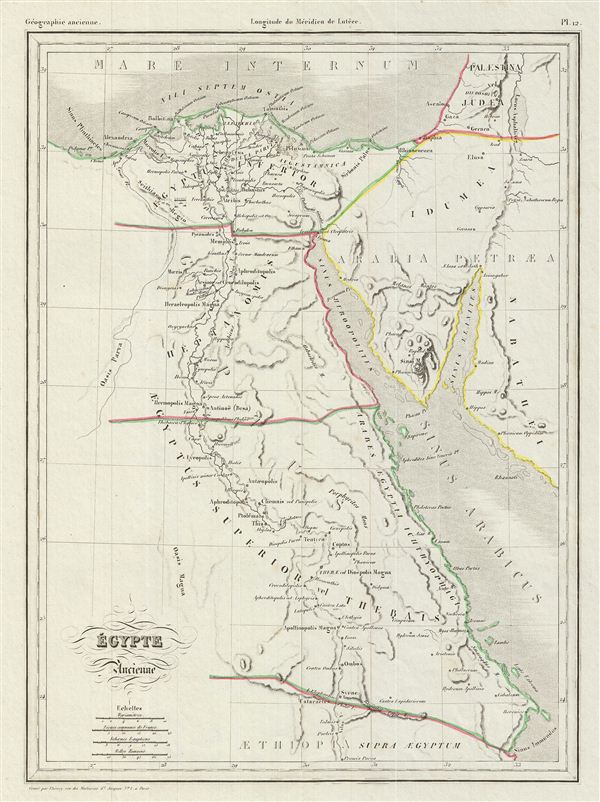 This is a fine example of Conrad Malte-Brun's 1843 map of Ancient egypt, Nubia and Abyssinia, regions roughly corresponding to modern day egypt, Sudan and ethiopia. The ancient nations of Upper egypt, Lower egypt, Heptanomis, Arabia, and Judea, and Petra are included. This map illustrates egypt was under Cleopatra VII, one of the most famous women in history. Following the suicide of her lover, Mark Anthony, Cleopatra took her own life and egypt became the Roman province Aegyptus. Various cities, towns, rivers, islands and other topographical details are marked, with relief shown by hachure. Boundaries are color coded according to regions and territories. This map was issued as plate no. 12 in Conrad Malte-Brun's 1843 Precis de la Geographie Universelle.