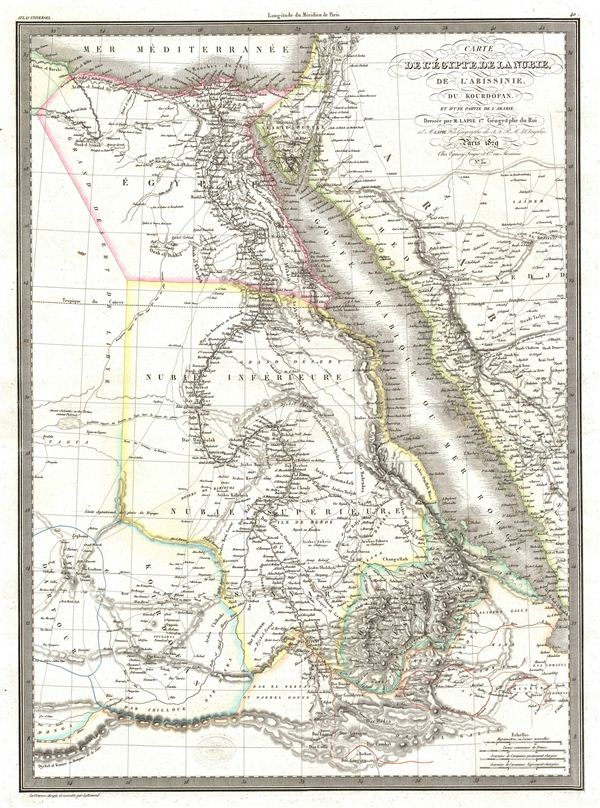 A fine first edition example of M. Lapie's 1829 map of egypt. The map covers the lower Nile valley including egypt and Nubia, as well as the adjacent Arabian Gulf or Red Sea, Mediterranean Sea, Arabia, Kordofan, Sudan, Abyssinia, Darfur, and Sennar. Lapie drew this map shortly following the expulsion of the Napoleonic forces from egypt by the Ottoman Mamluk Turks. Muhammad Ali, the Ottoman commander who was was named viceroy of egypt established the Mamluk dynasty that would rule egypt until the egyptian Revolution of 1952. Between 1820 and 1833, Ali annexed northern Sudan, Syria and parts of Arabia into the Mamluk empire.

This map was engraved by Armand Joseph Lallemand as plate no. 40 in the first edition of M. Lapie's important Atlas Universel. This map, like all maps from the Atlas Universel features an embossed stamp from the Lapie firm.