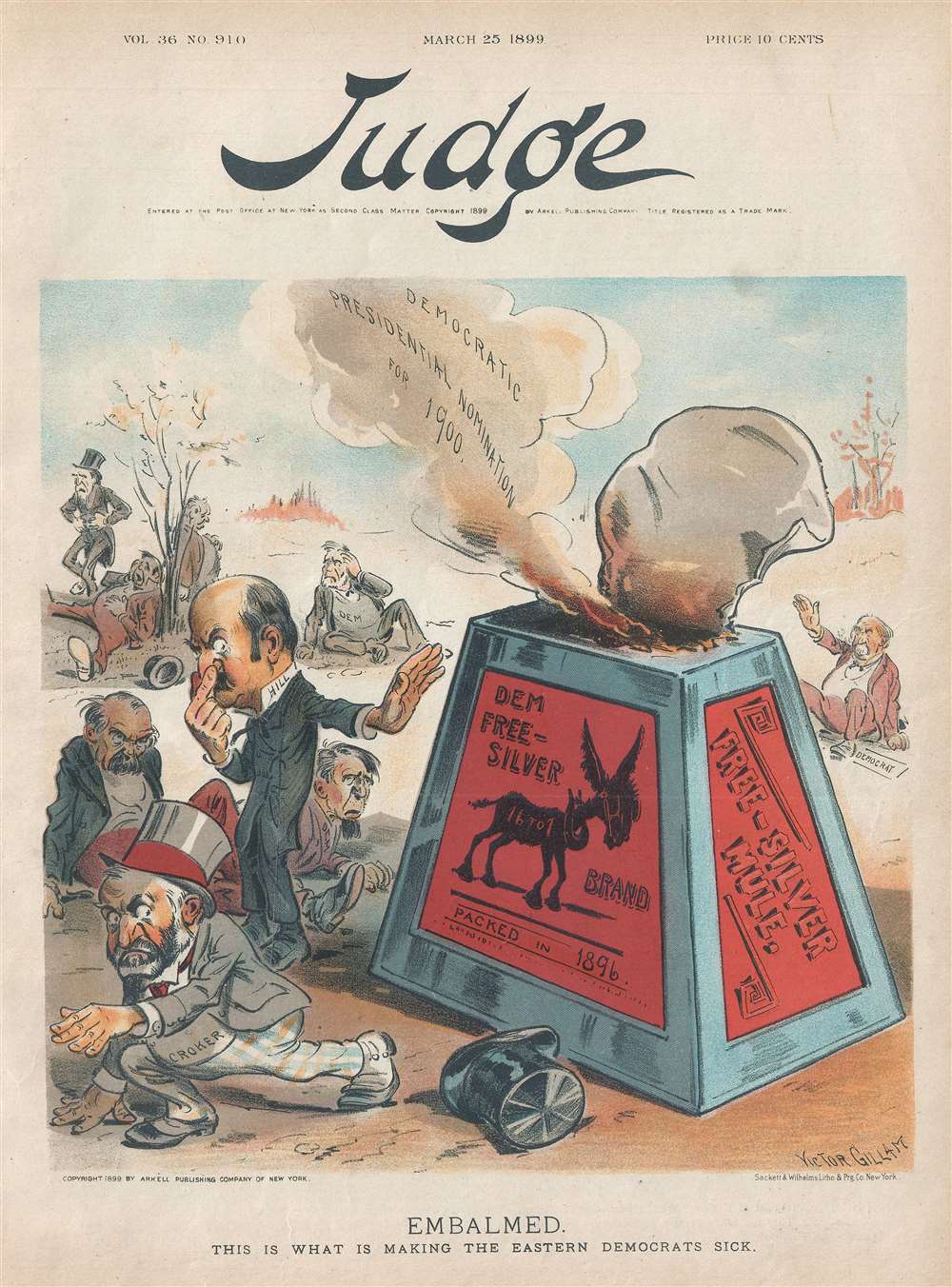 William Jennings Bryan lost on the free silver ticket in 1896. Eastern Democrats were sickened by the idea of losing again in 1900 with the same candidate and the same platform.

This is an 1899 Victor Gillam political cartoon ridiculing the resurgence of Free Silver as a part of the political platform of the Democratic party in the election of 1900. The cartoon depicts a rotten package of Dem Free-Silver Brand 'Free-Silver Mule' that is making all the major Eastern Democrats sick. Several democrats are illustrated sprawled on the ground, while David Bennett Hill (August 29, 1843 - October 20, 1910), then the Democratic governor of New York State, holds his nose and reaches for the package. Hill was even a candidate for the vice-presidential nomination in 1900, but lost to Adlai Stevenson I, a former Vice President. The other Democrat that Gillam identifies is Richard Welstead Crocker Sr. (November 24, 1843 - April 22, 1922), who was better known as 'Boss Croker' and was a leader of New York's notorious Tammany Hall.

Free Silver and the Election of 1900

William Jennings Bryan of Nebraska was a major supporter of free silver and was the Democratic nominee for president in 1896 and 1900, when he ran on a Free Silver platform. He was soundly defeated in both elections, as were other candidates who supported free silver. After the 1896 election, the United States officially moved to the gold standard, making the support of free silver outdated at best. This reality explains why Eastern Democrats (who had never truly supported free silver in the first place) were 'sickened' by the idea of William Jennings Bryan running on the free silver platform again in 1900, a position that practically guaranteed defeat.

This political cartoon was drawn by Victor Gillam and published by Judge on the cover of its March 25, 1899 edition.

Very good. Even overall toning. Text and cartoons on verso.
Looking for a high-resolution scan of this?