1874 Tardieu Map of the Roman Empire 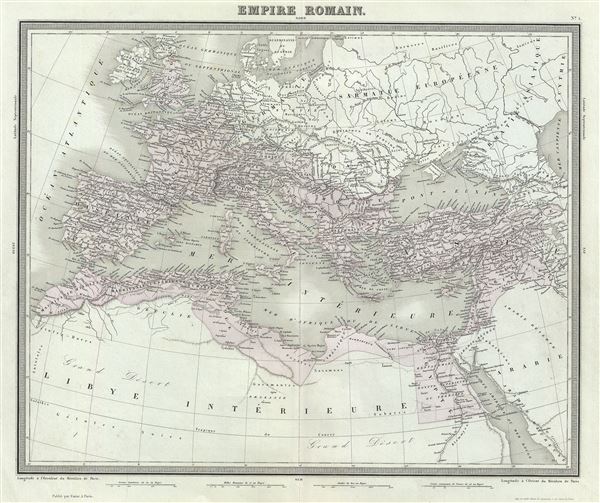 1874 Tardieu Map of the Roman Empire

This is a beautiful and uncommon 1874 map of the Roman Empire by Ambroise Tardieu. The map shows the extent of the Roman Empire at its height, and covers most of Europe, the Middle East, Persia and parts of North Africa including Britain, France, Egypt, the Barbary Coast, Spain, Italy and Macedonia. Throughout, the map identifies various cities, towns, rivers and assortment of additional topographical details.

This map was prepared by Ambroise Tardieu and issued as plate no. 1 in his 1874 edition of Atlas Universel de Geographie Ancienne et Moderne.