1780 Bellin Map of Eastern Russia, Tartary, and the Bering Strait 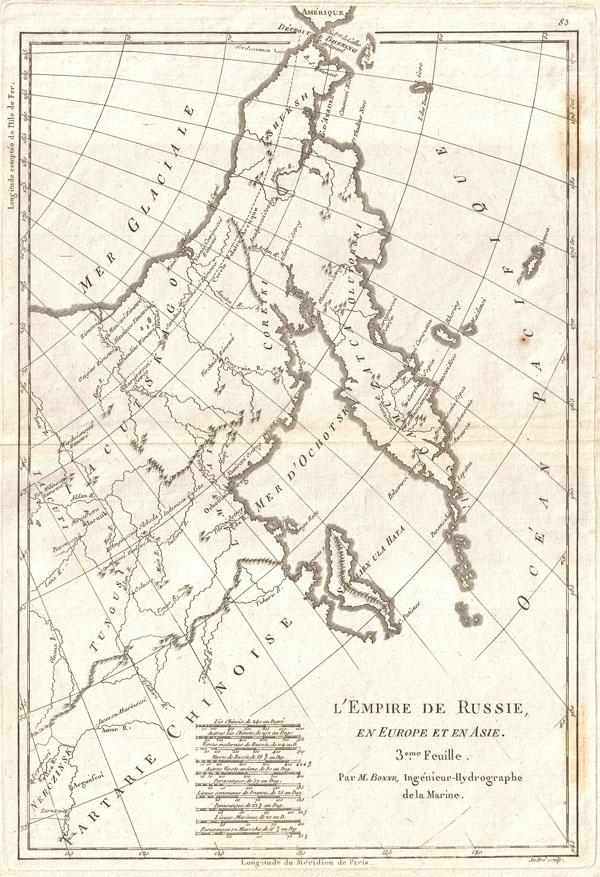 1780 Bellin Map of Eastern Russia, Tartary, and the Bering Strait

An attractive example of R. Bonne's c. 1780 map of Eastern Russia, Tartary, and Siberia. Covers from Nerczinsk and Chinese Tartary north to the Arctic and eastward as far as Alaska. Focuses on Siberia showing various villages, fortifications, trading stations, and rivers. The explorations of Vitus Bering are evident. Drawn by Bonne for an unknown publication, but seems to be the third map in a series covering all of Russia.