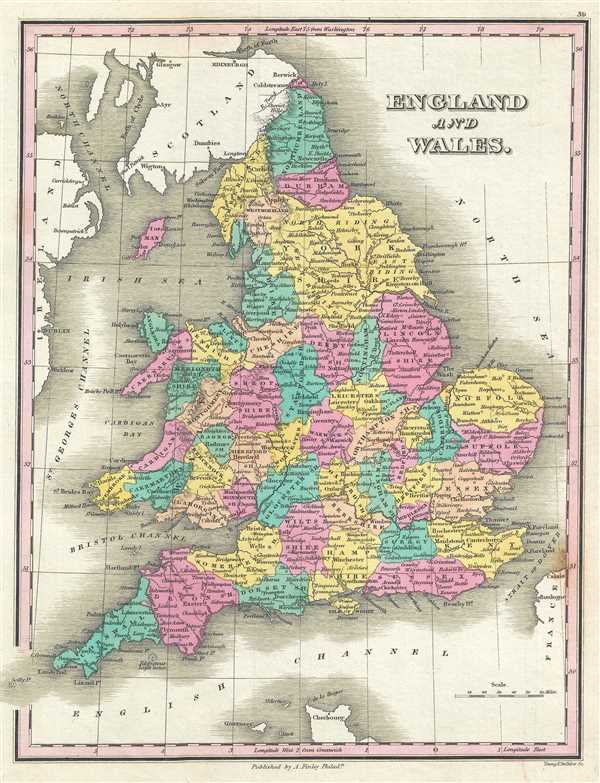 This is an 1828 Anthony Finley map of England and Wales. The map depicts the region from Ireland to the North Sea and from Scotland to the English Channel and Calais and Cherbourg, France in Finley's classic minimalist style. Forests, rivers, swamps, and mountains are illustrated. Myriad cities, towns, and villages are labeled throughout England and Wales, including London, Liverpool, Sheffield, Dorchester, and Cardiff. Counties are each shaded different colors and labeled for easy differentiation.