1862 Johnson Map of England and Wales 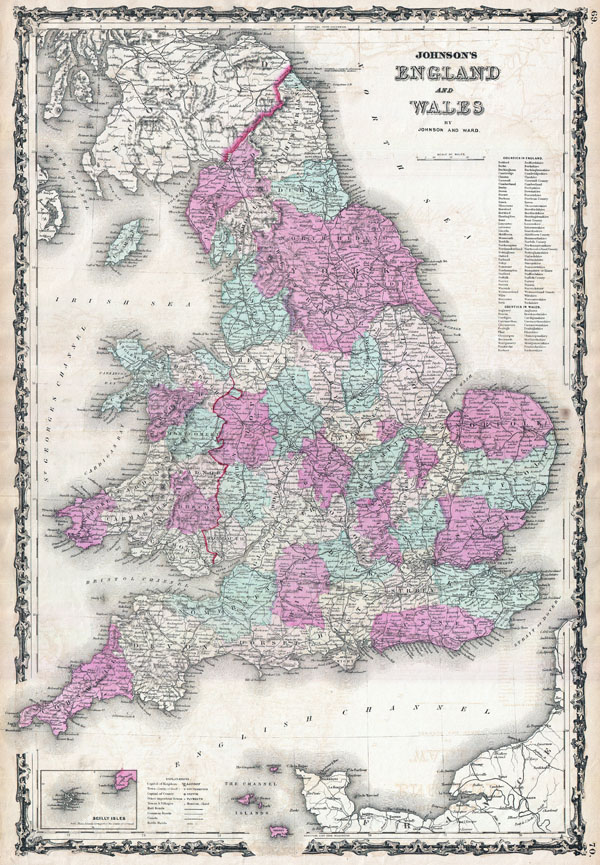 1862 Johnson Map of England and Wales

This is A. J. Johnson and Ward's 1862 map of England and Wales. Covers both England and Wales in considerable detail with color coding at the county level. Shows major roadways, cities, rivers, trains and ferry crossings. Upper right hand quadrant features a list of counties in England and Wales, respectively. Lower left hand quadrant offers an inset of the Scilly Isles. Features the strapwork border common to Johnson's atlas work from 1860 to 1863. Based on a similar 1855 map by J. H. Colton. Steel plate engraving prepared by A. J. Johnson for publication as page nos. 69-70 in the 1862 edition of his New Illustrated Atlas… This is the first edition of the Johnson's Atlas to bear the Johnson and Ward imprint.

Very good condition. Original centerfold. Light transferrance and toning. Else a clean and wonderful example of this early Johnson map.