1874 Tardieu Map of Spain and Portugal 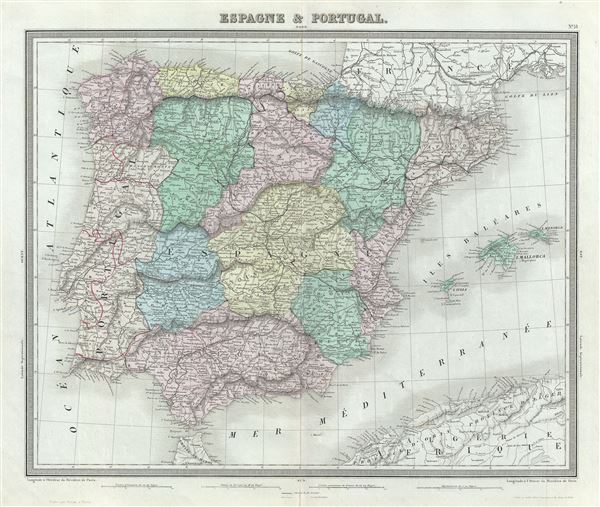 1874 Tardieu Map of Spain and Portugal

This is a fine 1874 map of Spain and Portugal by Ambroise Tardieu. It covers the Iberian Peninsula from France to the Strait of Gibraltar and includes the Balearic Islands of Ibiza, Majorca and Minorca. Throughout, the map identifies various cities, towns, rivers and an assortment of additional topographical details.

This map was prepared by Ambroise Tardieu and issued as plate 18 in his 1874 edition of Atlas Universel de Geographie Ancienne et Moderne.