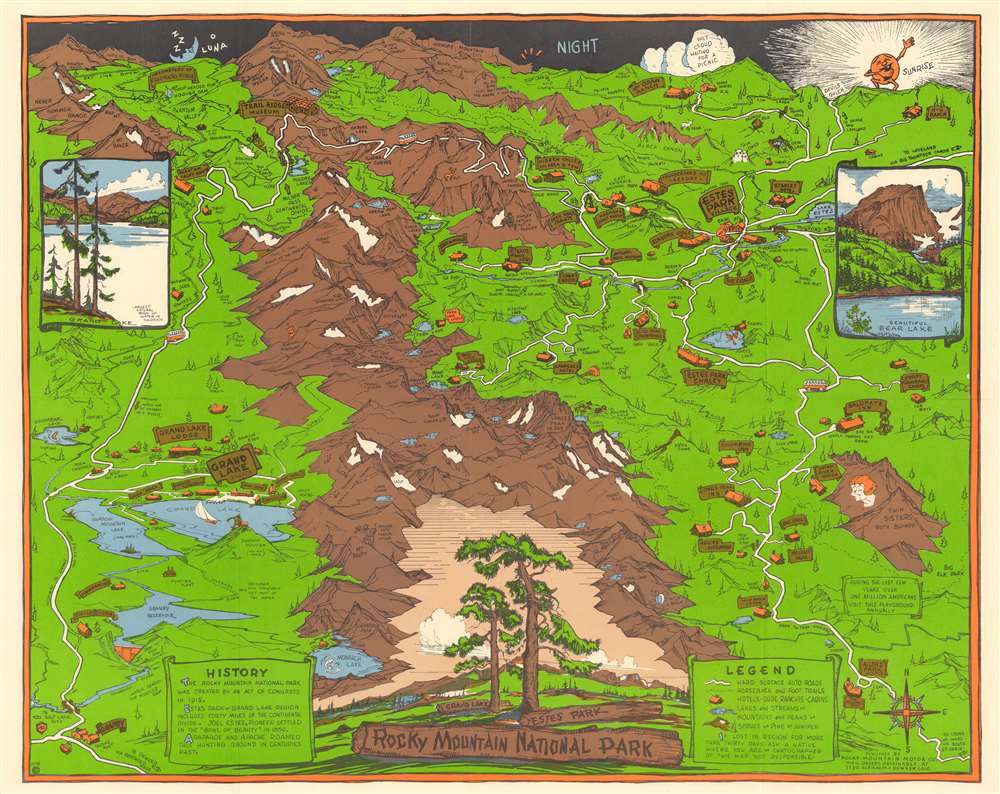 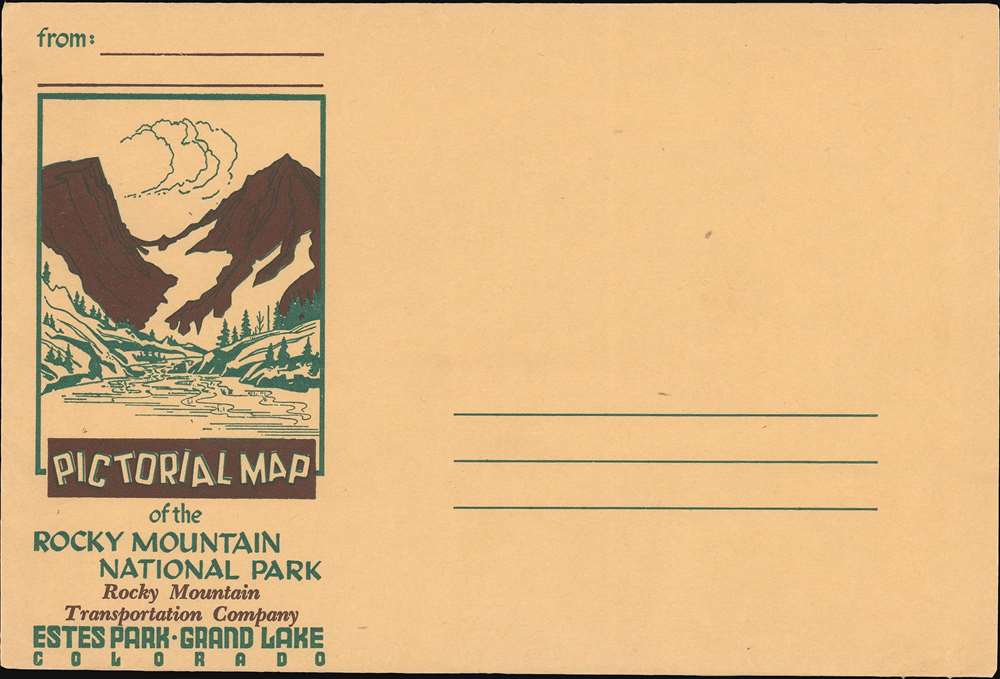 This is a 1948 Rocky Mountain Motor Company pictorial map of Estes Park and Rocky Mountain National Park, Colorado. A truly verdant map, famous lakes, mountain peaks, and other sites throughout are identified. Among these are Longs Peak, Bear Lake, Dream Lake, and the Never Summer Range. Cabins, lodges, hotels, and tourist accommodations are illustrated and labeled. 'World Famous Trail Ridge Road winds its way into the mountains near the Harmony Guest Ranch and reaches the Trail Ridge Museum before crossing the Continental Divide. Many of Rocky Mountain National Park's animal residents are illustrated as well, including elk, deer, mountain sheep, and a bat. Home to the headwaters of the mighty Colorado, a drop literally runs its way down Phantom Valley (it's drawn with legs and a face) on its way to Hoover Dam and the Grand Canyon. A view of beautiful Bear Lake adorns the right border and a stunning view of Grand Lake, the largest natural body of water in Colorado, appears on the opposite side.

This map was published by the Rocky Mountain Motor Company in 1948. There are at least 3 editions.The first edition was created and published by Richardson Rome in 1938. A second 1948 edition reads 'created by Richardson Rome' and credits 'Rome Creations, Denver, Colo.'. The present edition, 1948, was issued for the Rocky Mountain Motor Company. Examples of the present edition are cataloged in OCLC at the University of Colorado Boulder and the David Rumsey Map Collection. Three examples of the 1948 Richardson Rome edition appear in the OCLC and we are aware of one other example in private hands.

Richardson Rome (1902 - April 4, 1981) was an American artist, engraver, etcher, and block printer. Born in Minneapolis, Minnesota, Rome attended the University of Minnesota, although none of his works have been identified as illustrated scenes from Minnesota. At some point he moved to Colorado and lived for years in Estes Park. Many of his works features scenes from Rocky Mountain National Park. Learn More...