1852 Meyer Map of Turkey in Europe and Greece 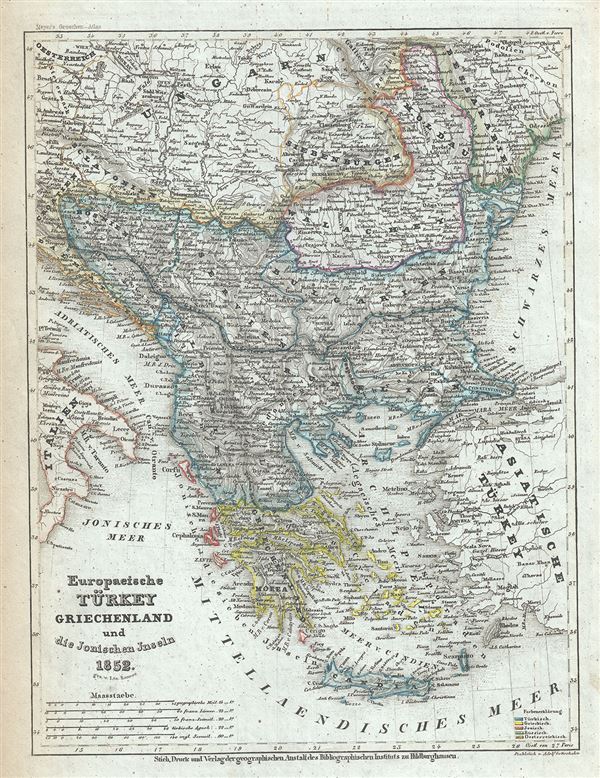 1852 Meyer Map of Turkey in Europe and Greece

This is a fine example of Joseph Meyer's 1852 map of European Turkey and Greece. It covers from Moldavia to Candia and from the Gulf of Venice or the Adriatic Sea to the Black Sea including the Ionian Islands and parts of Italy. The modern day states of Greece, Albania, Moldova, Bosnia, Croatia, Serbia, Bulgaria and Romania are included. Throughout, major towns, cities, rivers, mountains and other topographical features are noted.