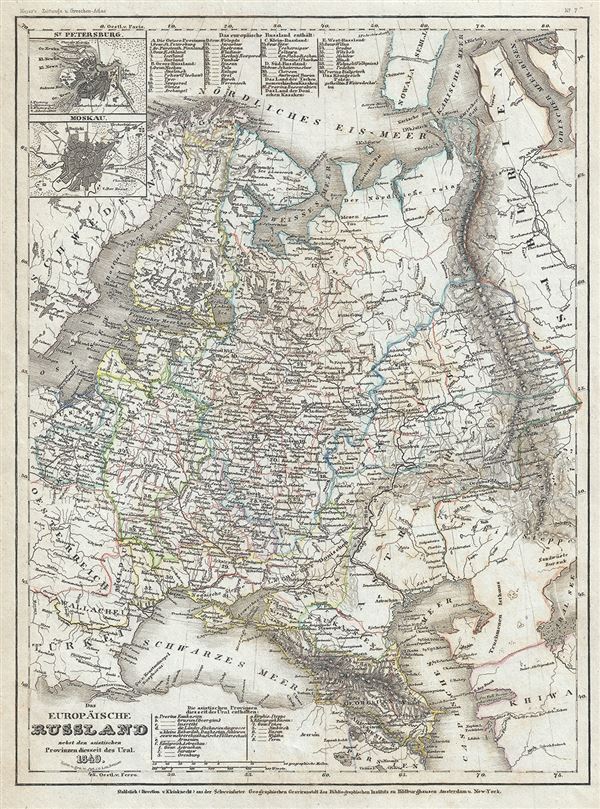 This is a lovely map of European Russia dating to 1849 by Joseph Meyer. It covers the European portions of Russia from the Gulf of Bothnia to the Ural Mountains and from the Arctic south as far as the Black Sea. The modern day nations of Russia, Ukraine, Belarus, Moldova, Poland, Lithuania, Latvia, Estonia and Finland are included. Throughout, the map identifies various cities, towns, rivers and assortment of additional topographical details. Two insets detailing the cities of Moscow and St. Petersburg are included in the top left quadrant of the map.

This map was issued as plate no. 7 in Meyer's Zeitung Atlas. Although all the maps in this atlas are not individually dated, the title page and maps were often updated while the imprint with the date was not, causing confusion to the exact date for some of the maps. Moreover some maps in the atlas were taped in at a later date as an update to the atlas. We have dated the maps in this collection to the best of our ability.

Very good. Minor overall toning and spotting at places.
Looking for a high-resolution scan of this?