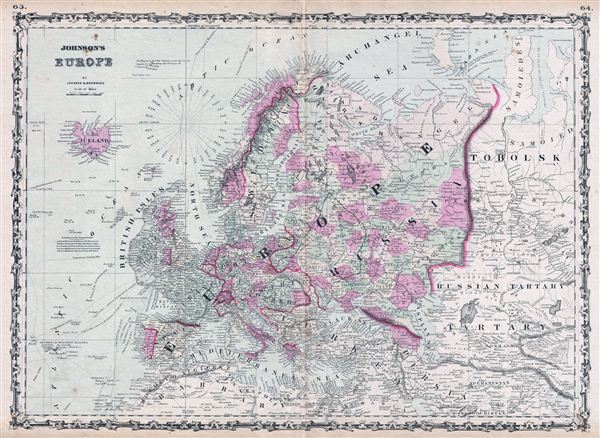 A very beautiful example of Johnson's 1862 map of europe. This map details all of europe as well as adjacent parts of Asia and Africa. Highly detailed with countless place names. Also shows the starting points and european routes of numerous famous explorers including Byron, Cook, the Resolution, Vancouver, Isabella & Alexander, Carteret, Wallis and others. Color coded according to country and region. This is a rare variant on Johnson's South America map and appeared only in the first three editions (1860, 1861, 1862) editions of Johnson's Family Atlas. It is differs from subsequent editions with regard to both style and form. In this edition the oceans are colored, exploratory routes are noted, and the area covered is significantly larger.<