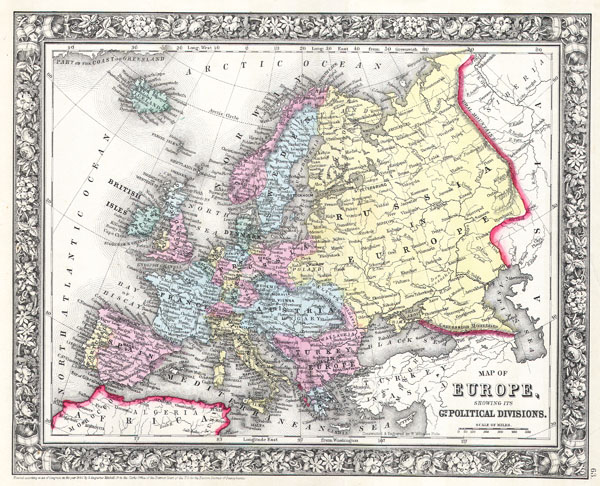 This hand colored map is a copper plate engraving, dating to 1860 by the legendary American Mapmaker S.A. Mitchell, the younger. It represents all of Europe including the British Isles, Scandinavia, and Russia. Shows both political and geographical features. Map is dated and copyrighted, 1860.