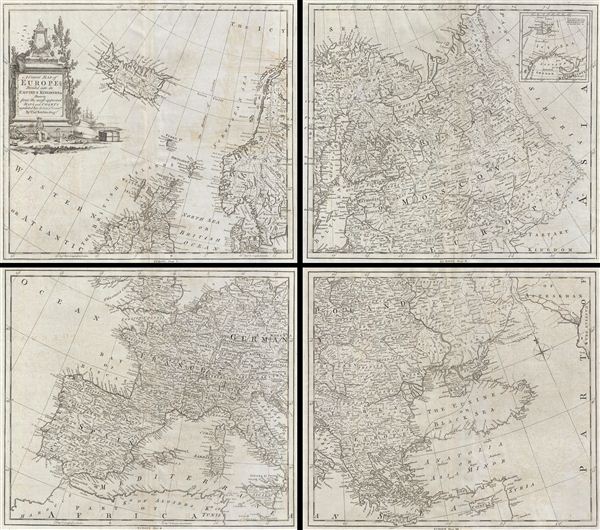 A curious and uncommon three panel 1755 wall map of europe by the english publisher M. Postlethwayte. Postlethwayte commissioned the well-known engraver Thomas Kitchen to compile this map based upon earlier maps by Vaugondy, d'Anville, and others. A decorative title cartouche in the upper right quadrant of Plate 1 features various nautical elements against a baroque monument bearing the map's title.

The present example is on four panels. Unlike most other maps from Postlethwayte's Dictionary each panel of this map is set into its own borders and was not intended to be joined. each panel measures 14.25 inches high and 16 inches wide. Thomas Kitchen prepared this map publication in Postlethwayte's 1755 edition of the Dictionary of Commerce.