1843 Malte-Brun Map of Turkey in Europe and Greece 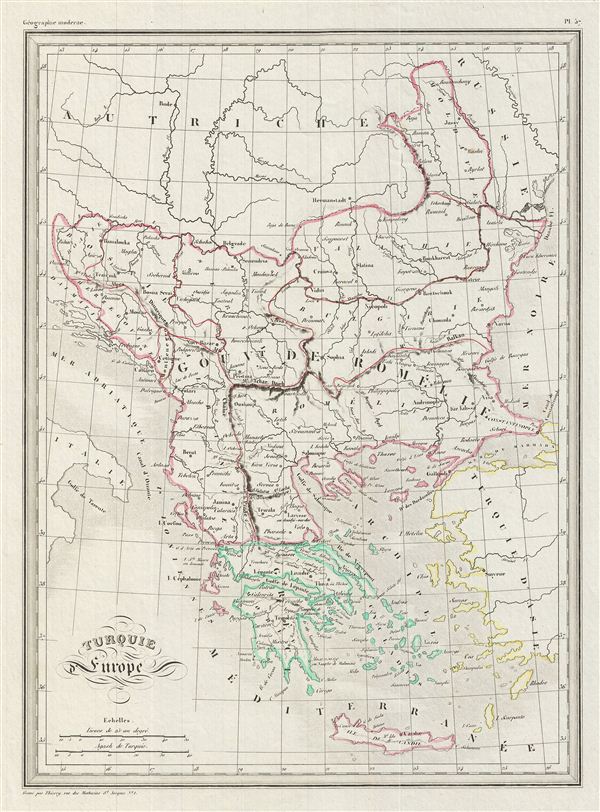 1843 Malte-Brun Map of Turkey in Europe and Greece

This is a fine example of Conrad Malte-Brun's 1843 map of Greece, the Balkans, and the european Part of Turkey. It covers from Moldova to Crete and from the Adriatic to the Black Sea. The modern day states of Greece, Albania, Moldova, Bosnia, Croatia, Serbia, Bulgaria and Romania are included. This map depicts the waning years of Ottoman hegemony in the region. The Greek Independence movement attained sovereignty for the Peloponnese in 1821. The other Grecian and Balkan states, including Serbia, Croatia, Moldavia, Wallachia, Albania, and Macedonia, remained at least nominally under Ottoman control until 1878. Various cities, towns, rivers, islands and other topographical details are marked, with relief shown by hachure. Boundaries are color coded according to regions and territories. This map was issued as plate no. 57 in Conrad Malte-Brun's 1843 Precis de la Geographie Universelle.