1876 Migeon Map of Turkey in Europe 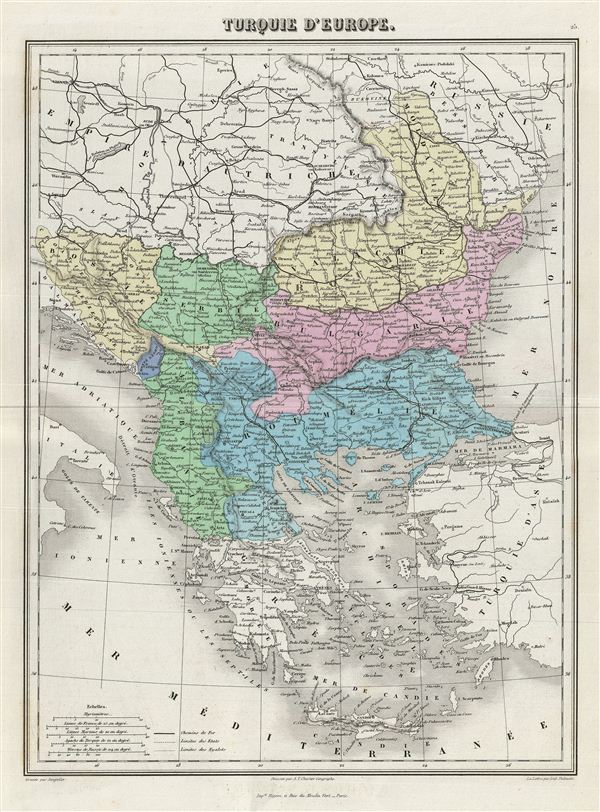 1876 Migeon Map of Turkey in Europe

This is a fine example of Migeon's 1876 map of the european parts of Turkey. The map covers from Moldova to Thessaly and from the Adriatic to the Black Sea. Greece and the island of Candia or Crete is also included. This map, drawn when the Ottoman empire controlled much of the region, covers what is today Greece, Turkey, Macedonia, Albania, Bosnia, Serbia, Croatia, Bulgaria, Montenegro, and Moldova.

Divided and color coded according to regions and territories, the map identifies various cities, towns, railway lines, islands and an assortment of additional topographical details. This map is issued as plate no. 25.

Very good. Original centerfold. Balnk on verso.
Looking for a high-resolution scan of this?