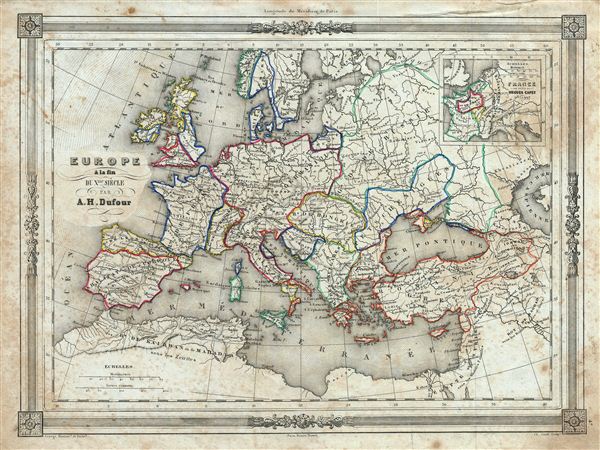 An uncommon and extremely attractive 1852 map of europe at the end of the tenth Century. The map covers europe and parts of Asia as they appeared in the Middle Ages – roughly 900 A.D. An inset map in the top right corner details France under Hugues Capet or Hugh the Great, c. 987-997. Throughout, the map identifies various cities, towns, rivers and assortment of additional topographical details. The map features a beautiful frame style border. Prepared by A. H. Dufour for publication as plate no. 47 in Maison Basset's 1852 edition of Atlas Illustre Destine a l'enseignement de la Geographie elementaire.