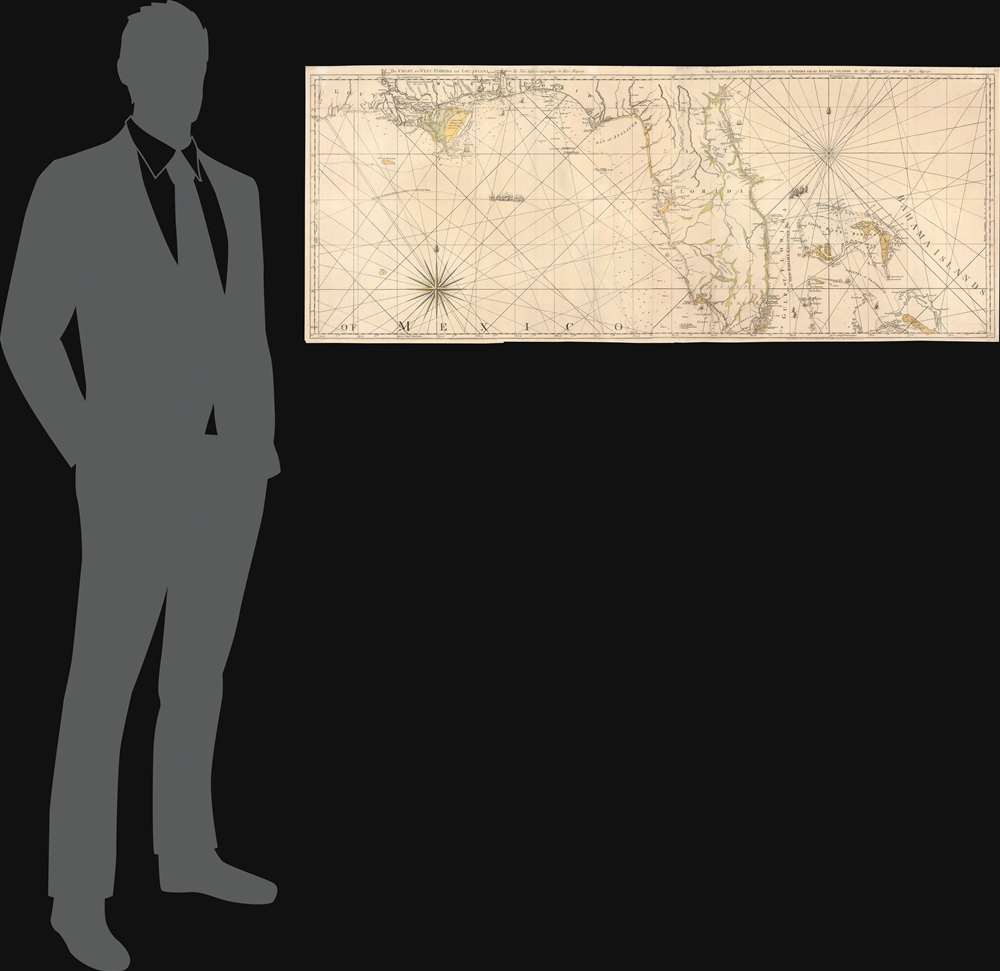 This is the 1775 first edition of Thomas Jeffreys' seminal map of Florida and the Gulf Coast - considered the first large-scale map to address the region in any detail. The map is significant for its accessible delineation of Florida and the Gulf, but is made more interesting through its graphic illustration of the Spanish Treasure Fleet and its route from Havana, around Florida, and then through the Bahamas - an unspoken but open invitation to pirates and privateers.

Coverage roughly embraces from the Sabine River, past the Mouths of the Mississippi, and Peninsular Florida, to include the Bahamas. Soundings are provided along the coasts, but particularly up the Florida east coast as far as St. Augustine, around Tampa, and in West Florida from Cape San Blas to New Orleans. Near the Mississippi River, there is considerable inland detail derived from Pierre Le Moyne d'Iberville (1661 - 1706) and other French explorers. In peninsular Florida there is little detail beyond river systems and the St. Marks - St. Augustine trading road. A mountain rage bisecting Florida give evidence of just how much the interior of remained a mystery. Much of the coast cartography of the peninsula can be traced to John Grear de Brahm (1718 - c. 1799), who surveyed this region between 1765 and 1771. Throughout safe anchorages, watering spots, and undersea dangers are noted.

This map was engraved by Thomas Jeffreys in two sheets. The sheets can be found both as separate maps, and joined, as here. There are three states, of which this conforms to the first, published in February of 1775. Subsequent states appeared with minor revisions later in 1775, and with major revisions in 1794. Examples are well represented institutionally, but scarce to the market.