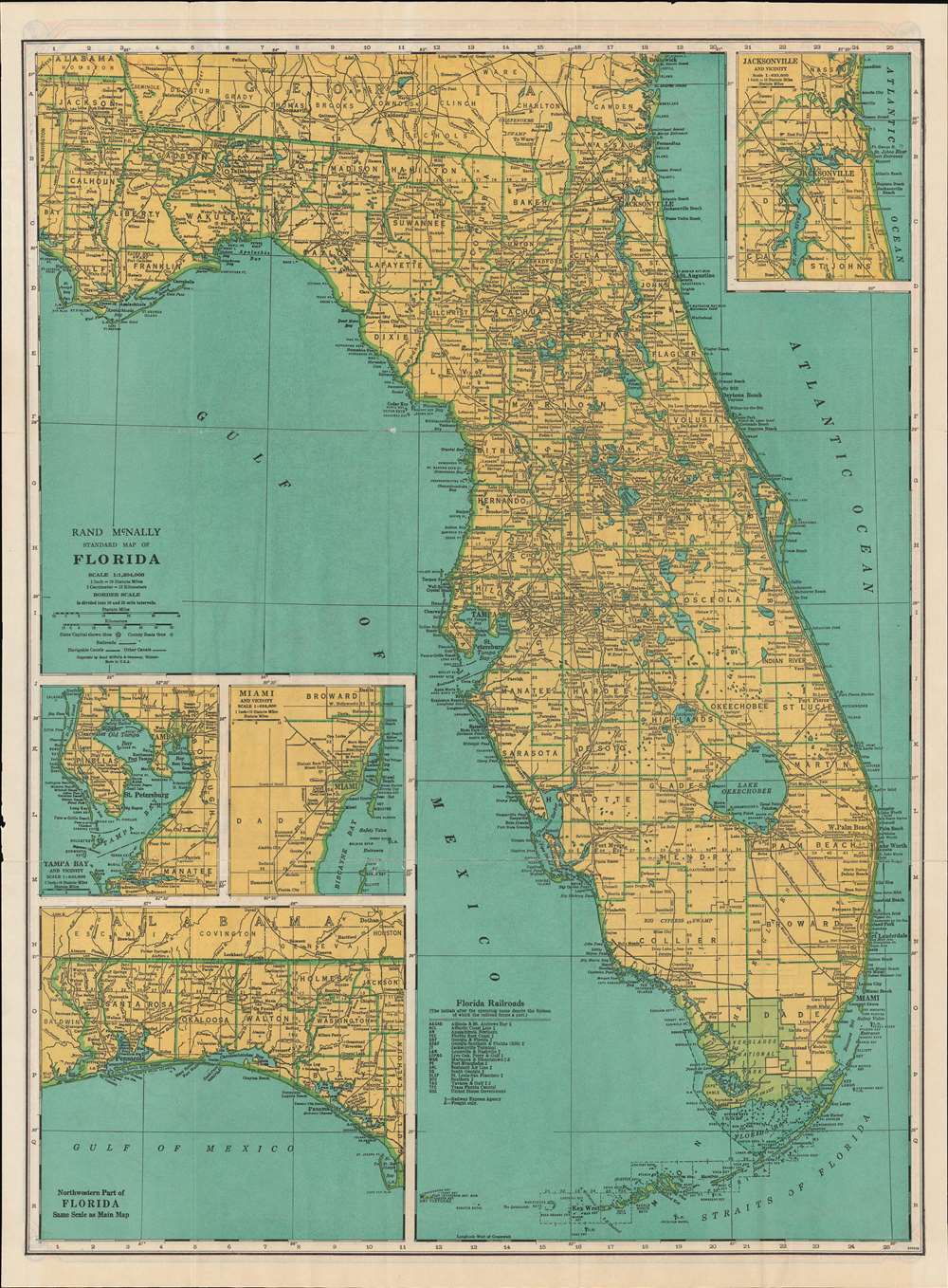 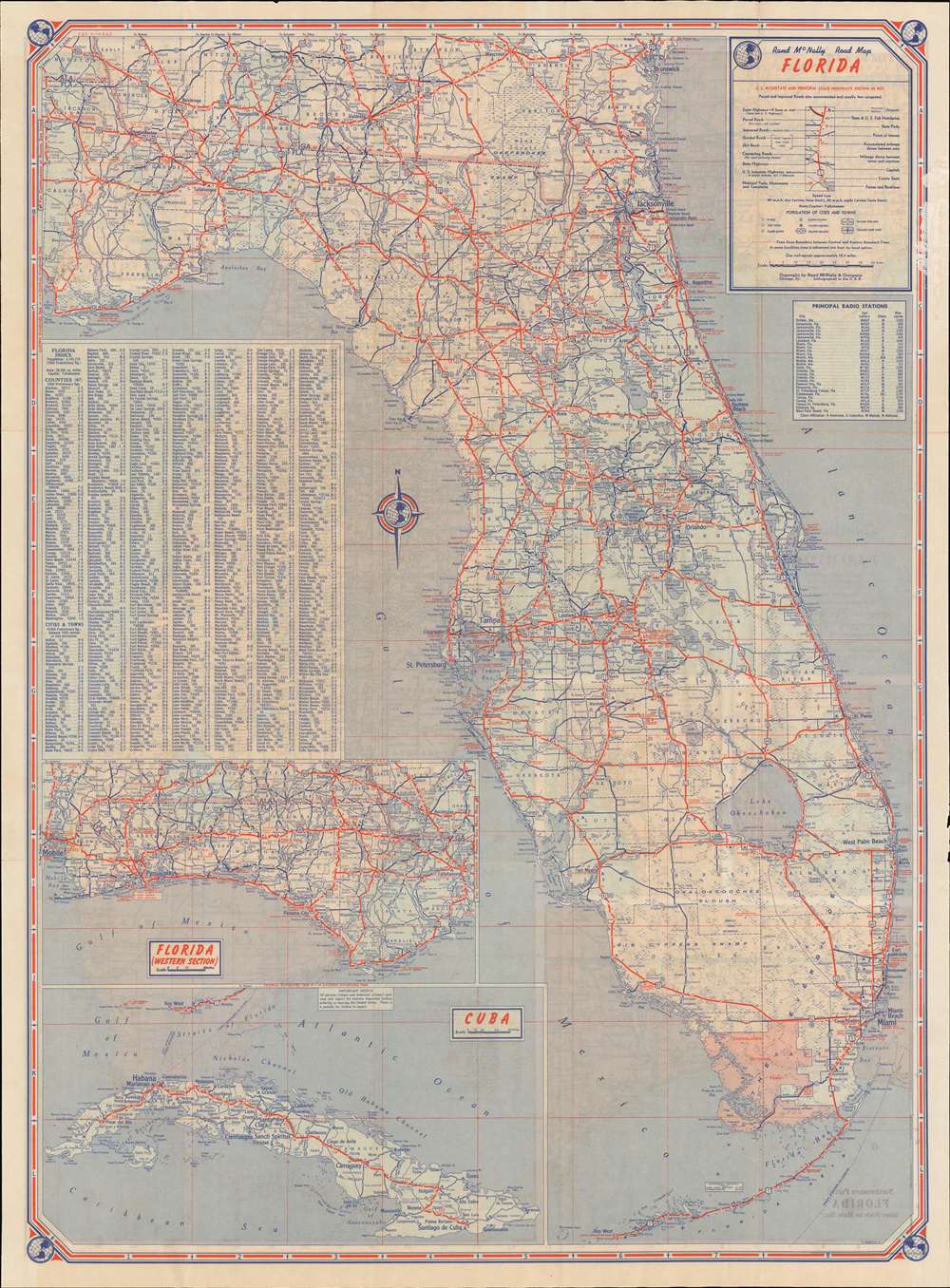 An uncommon 1950 Rand McNally Map of Florida. Printed on both sides, the map combines Rand McNally's Standard Map of Florida on the recto, detailing towns, cities, and political divisions, with their Road Map Florida on the verso, focusing on roads and highways. The 'standard' map includes insets of Jacksonville, Tampa Bay, Miami, and the Florida panhandle. The 'road' map also details the panhandle, but has a further inset extending the map's coverage to Cuba, underscoring the active communication between Cuba and Florida before the 1961 Cuban Missile Crises closed the borders.

This map was printed by Rand McNally. The map is undated, but census data dating to 1950 allows us to put an approximate date on the piece. Examples of this map appear as early as the 1920s and it was regularly updated in the subsequent decades.

Very good. Light wear on old fold lines. Printed on both recto and verso. Minor verso reinforcement along old fold lines.
Looking for a high-resolution scan of this?