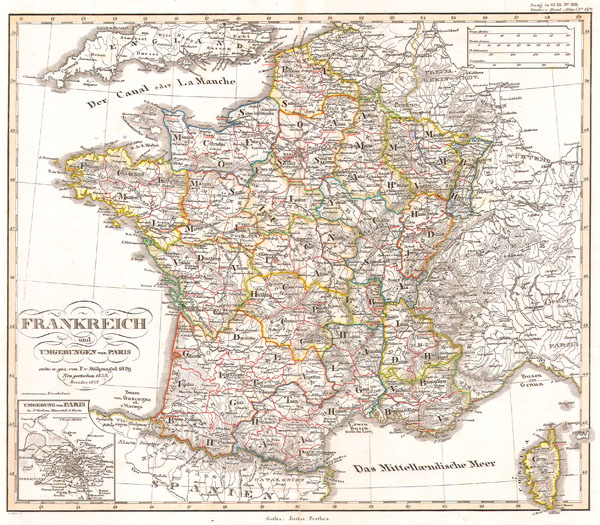 This fascinating hand colored map depicts the French Empire in 1852. Small inset shows the vicinity of Paris. All text in German.