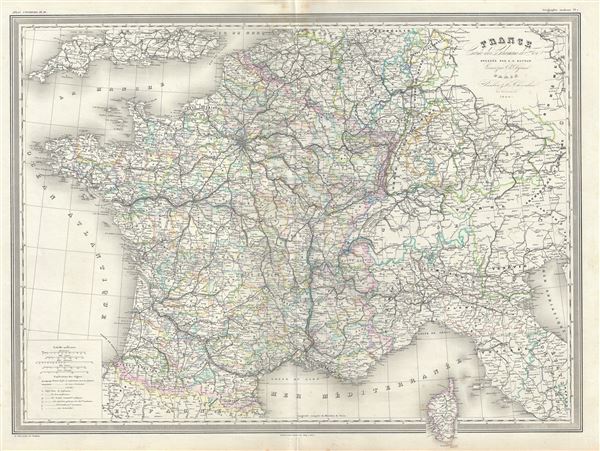 This is an uncommon 1860 elephant folio railway map of France by A. H. Dufour. It covers the whole of France including parts of Italy, Germany and Switzerland, depicting the railway system throughout France. Includes Corsica. Throughout, the map notes cities, towns, rivers, important stations, military posts and an assortment of additional topographical features.