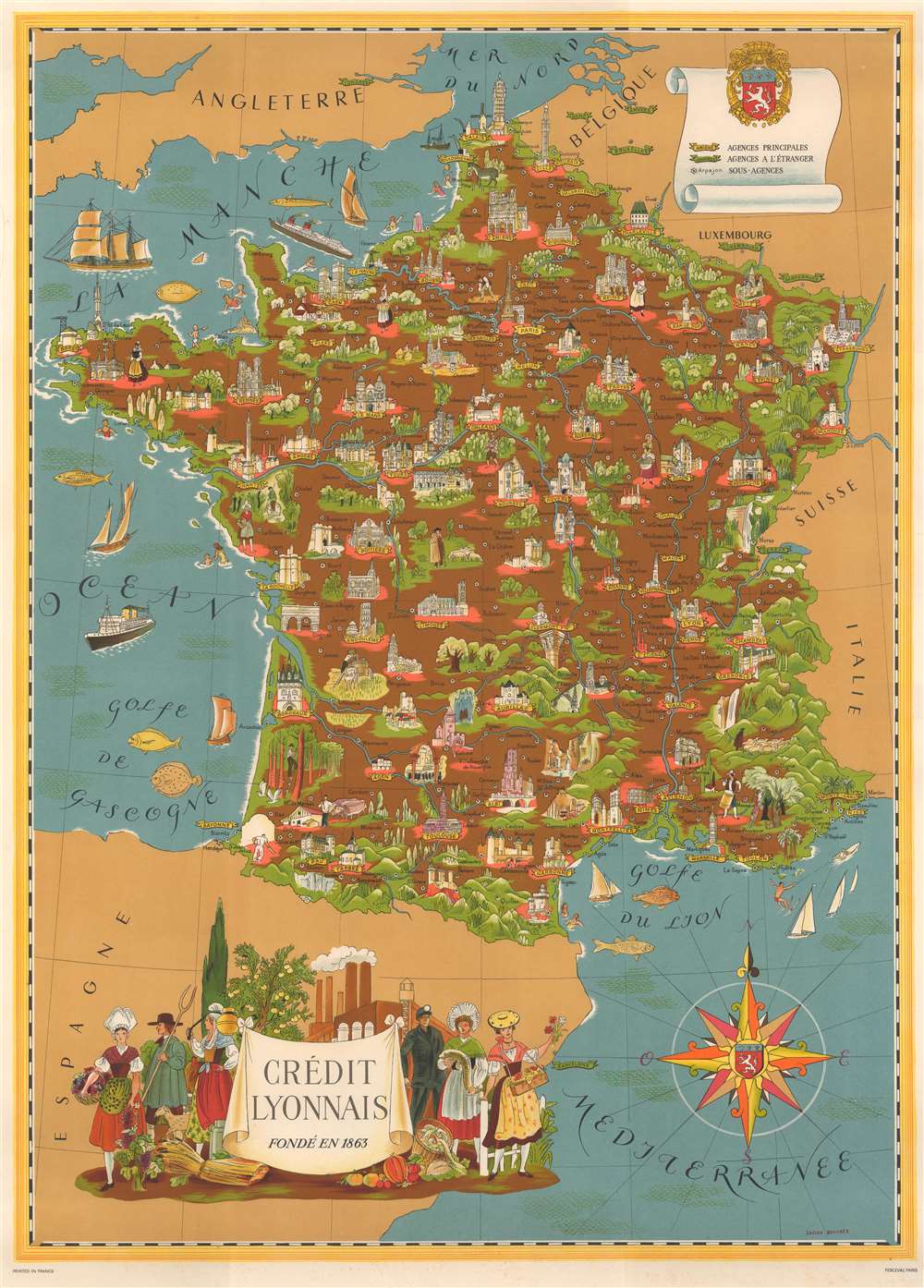 This is a c. 1960 Lucien Boucher art deco pictorial map of France created for the French bank Credit Lyonnais (at the time the largest bank in France). Pictorial vignettes and yellow banners highlight French cities where a main Credit Lyonnais branch operated. Cathedrals mark many of these cities, including Chartres, Amiens, Reims, and Rennes. Other monuments illustrate other cities, including the Eiffel Tower and the Arc de Triomphe in Paris, the arena and the Pont du Gars in Nimes, and several Loire Valley chateaux. Cities and towns with smaller bank branches throughout France are indicated by small white stars. Green banners identify branches in foreign countries, including ones in Brussels (Bruxelles), Anvers, and London.

This map was drawn by Lucien Boucher in 1960 and printed in paris by Perceval. It is scarce. We note just one other example, at the David Rumsey Map Center at Stanford University.