1840 Black Map of France in Departments 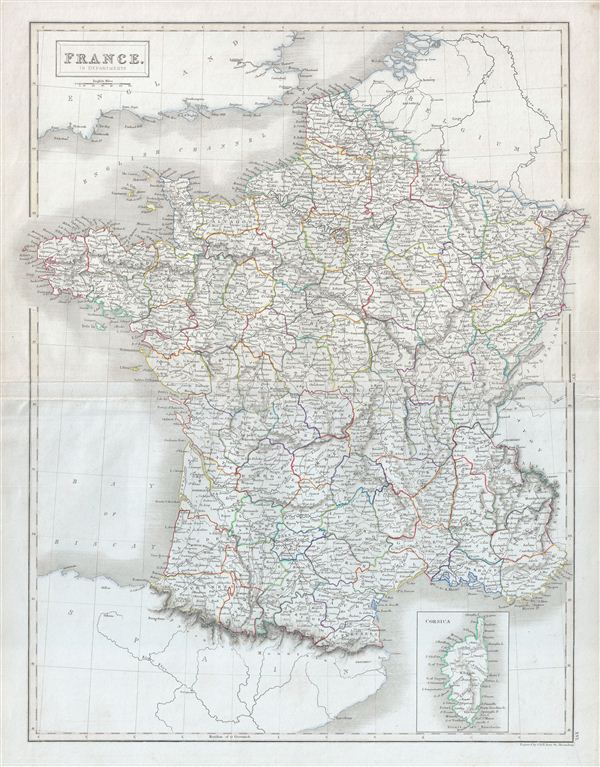 1840 Black Map of France in Departments

A fine example of Adam and Charles Black's 1840 map of France. The map covers the Kingdom of France showing its various departments. It covers from the Nord in the north to eastern Pyrenees in the south and from Finistere in the west to Upper and Lower Rhein in the east. An inset map near the lower right corner details Corsica. After 1790, the French provincial system was replaced by the department system which, it was believe, would encourage loyalty to the central government. This time in French history marked the rule of the July Monarchy, a liberal constitutional monarchy under King Louis-Philippe. The July Monarchy would last until the Revolution of 1848 which saw the establishment of the Second Republic. This map was engraved by S. Hall for issue in the 1840 edition of Black's General Atlas.