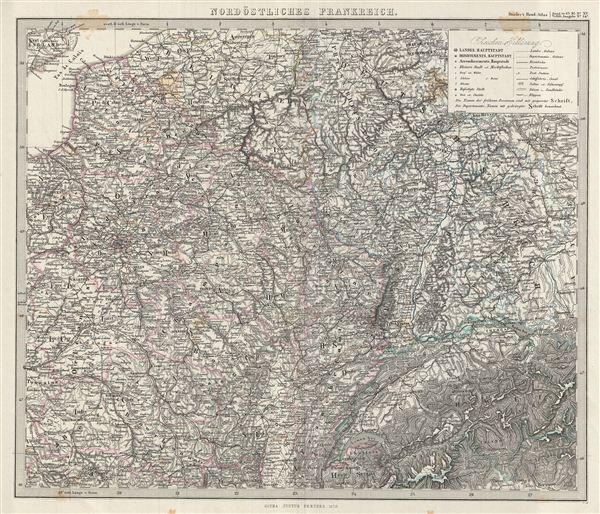 This is a beautiful example of Stieler's 1873 map of northeastern France. It covers from the english Channel to the Department of Creuse in Central France. Parts of neighboring Switzerland, Germany and Belgium are also included. A table of explanation appears in the upper right quadrant. Map is highly detailed with both political and physical data. Various cities, mountains, roads, rivers and an assortment of additional topographical details are noted. Printed to a high production standard, as was typical of German and especially Perthes/Stieler maps of this period. Published by the Justus Perthes firm for issue in the 1873 edition of Stieler's Hand-Atlas.