1874 Tardieu Map of France in Provinces 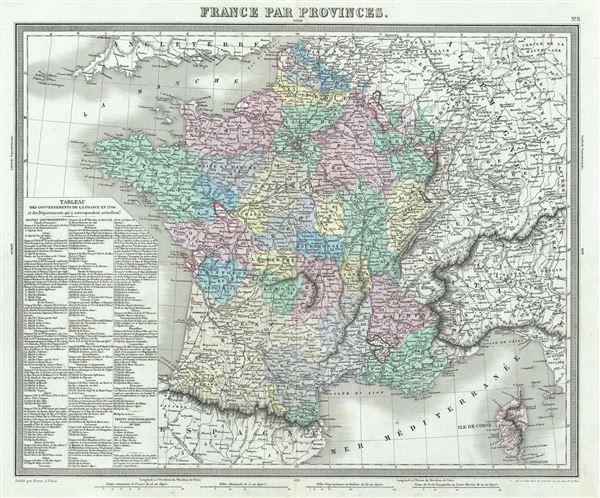 1874 Tardieu Map of France in Provinces

This is a lovely example of the 1874 map of France by Ambroise Tardieu. The map covers the Kingdom of France showing its various divisions according to province. It covers from the Flanders in the north to Roussillon in the south and from Brittany in the west to Alsace in the east. An inset map on the lower right corner details Corsica. Throughout, the map identifies various cities, towns, rivers, lakes, roadways, railways and an assortment of additional topographical details.

This map was prepared by Ambroise Tardieu and issued as plate 11 in his 1874 edition of Atlas Universel de Geographie Ancienne et Moderne.