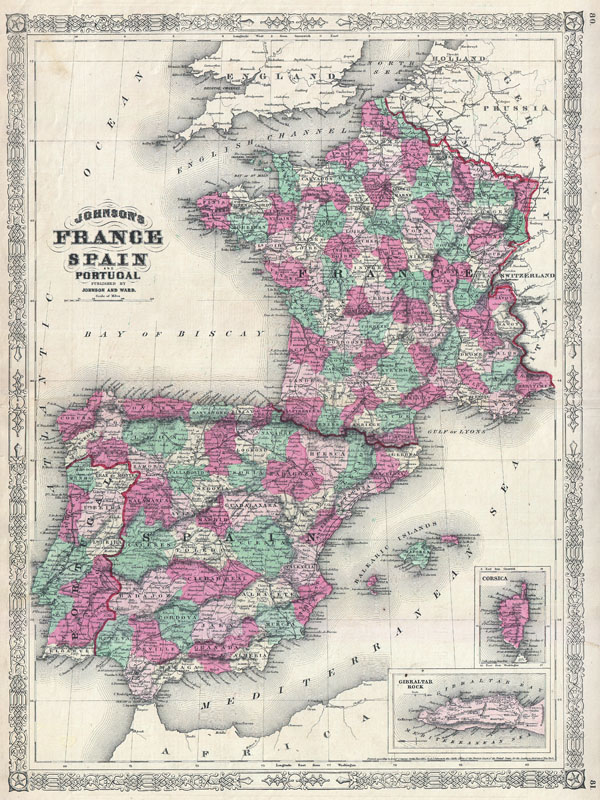 This is A. J. Johnson and Ward's 1865 map of France, Spain and Portugal. Covers the region in considerable detail. Color coded according to department or region. Includes the Balearic Islands of Majorca, Minorca and Ibiza. Lower right hand quadrant contains inset maps of the Island of Corsica and Rock of Gibraltar. Features the fretwork border common to Johnson's atlas work from 1864 to 1869. Steel plate engraving prepared by A. J. Johnson for publication as page nos. 80-81 in the 1865 edition of his New Illustrated Atlas… This is the last edition of the Johnson's Atlas to bear the Johnson and Ward imprint. Dated and copyrighted, 'Entered according to Act of Congress in the Year of 1865, by A. J. Johnson in the Clerks Office of the District Court of the United States for the Southern District of New York.'

Very good condition. Text on verso. Minor verso reinforcement along original centerfold.
Looking for a high-resolution scan of this?