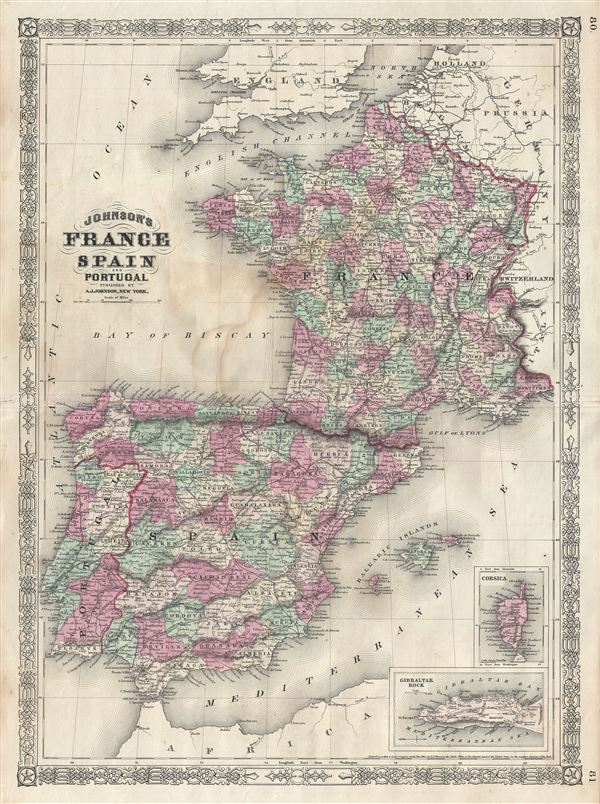 This is A. J. Johnson's 1866 map of France, Spain and Portugal. It covers the region in considerable detail with departments and regions color coded. Includes the Balearic Islands of Majorca, Minorca and Ibiza. Lower right hand quadrant features inset maps of the Island of Corsica and Rock of Gibraltar.

The map features the fretwork style border common to Johnson's atlas work from 1863 to 1869. This map was published by A. J. Johnson as plate nos. 80 and 81 in the 1866 edition of his New Illustrated Family Atlas of the World.