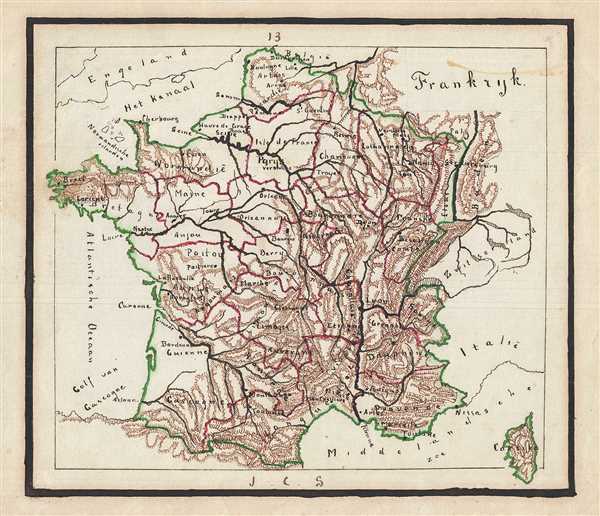 This is a whimsical 1871 manuscript map of France by J. C. Sikkel. Hand-drawn to show all of France, the map is incredible detailed and notes important rivers, towns, provinces, cities, islands, and surrounding regions. Includes the island of Corsica. Topography is beautifully rendered throughout. Features wonderful and whimsical overall presentation. This map was drawn in 1871 by J.C. Sikkel as part of Der Atlas Geheele Aarde.