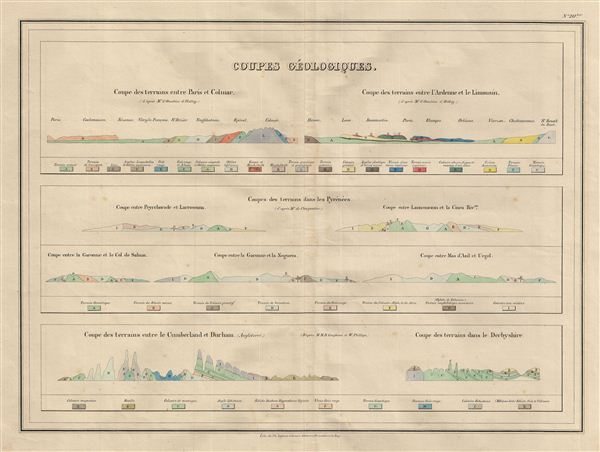 This is a fine example of Conrad Malte-Brun's 1837 chart showing geological sections. It features cross-sections between Paris and Colmar, between the Ardennes and the Limousin, in the Pyrenees, between Cumberland and Durham (england), and in Derbyshire. A legend is included below each cross-section. This chart was issued as plate no. 20 in Conrad Malte-Brun's 1837 Atlas Complet du Precis de la Geographie Universelle.