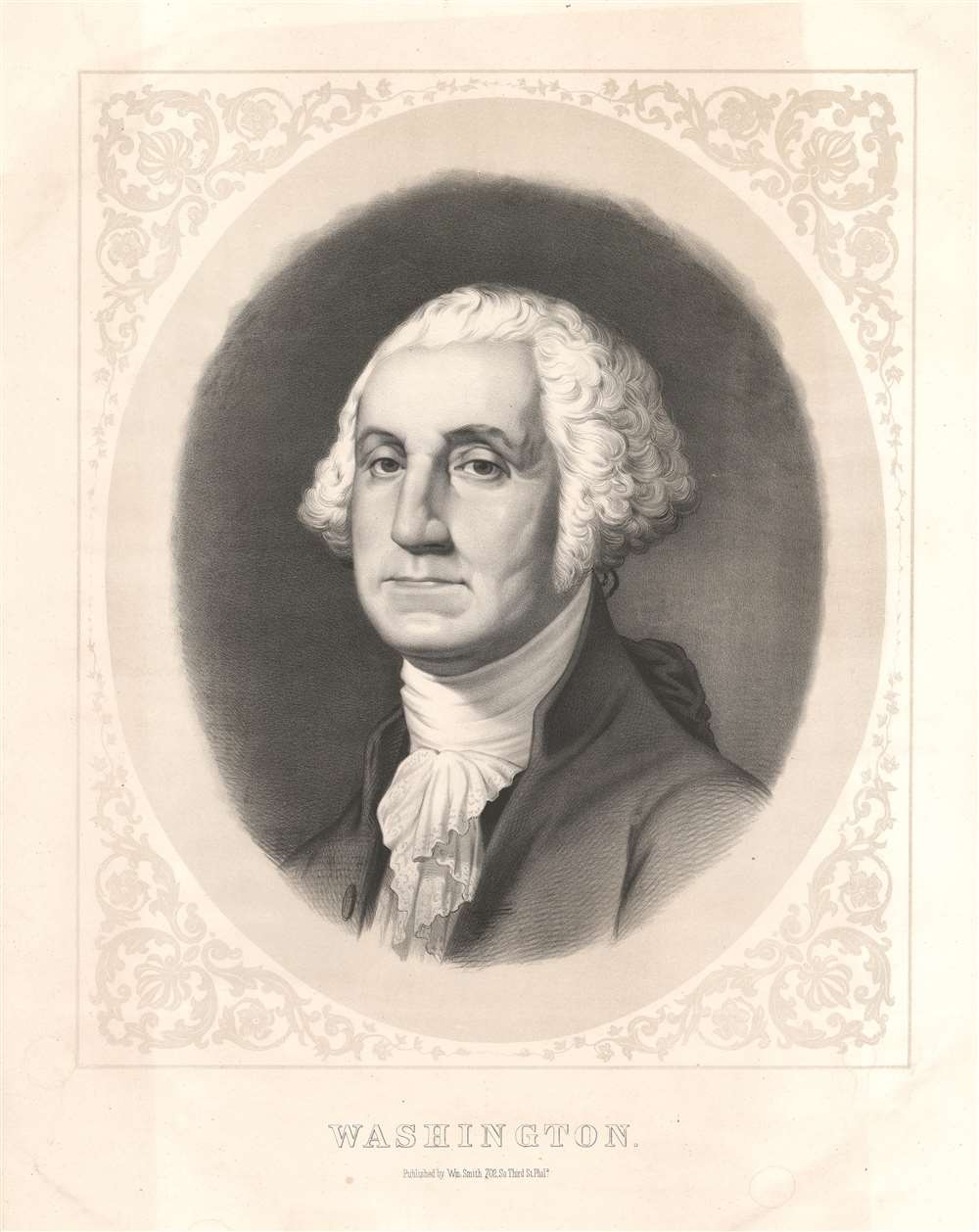 This is a c. 1865 William Smith portrait of George Washington, likely based on paintings by Gilbert Stuart. Lithographs such as this would have been hung in offices and homes, and especially in schools. During the mid-19th century, which saw the crises of the 1850s, the Civil War, and Reconstruction, the memory of George Washington was heavily promoted because Washington spanned the gap between the two opposing forces in the United States at the time. He was a plantation and slave owner from Virginia (a southern state) who was also a Federalist who believed a strong central government and a balance of power between the three branches of the federal government.

This lithograph was created and printed by William Smith in Philadelphia c. 1865.

William Smith (fl. c. 1860 - 1891) was a lithographer active in Philadelphia during the second half of the 19th century. Smith first appears as a picture frame maker beginning in 1856. By 1860, Smith had changed professions and began publishing and distributing genre, historical, religious, and portrait lithographs and chromolithographs from his shop located at 706 South Third Street, which he moved just down the block to 702 South Third Street in 1863. Learn More...

Very good. Some toning and soiling. Creasing. Closed margin tears professionally repaired on verso. Blank on verso.
Looking for a high-resolution scan of this?